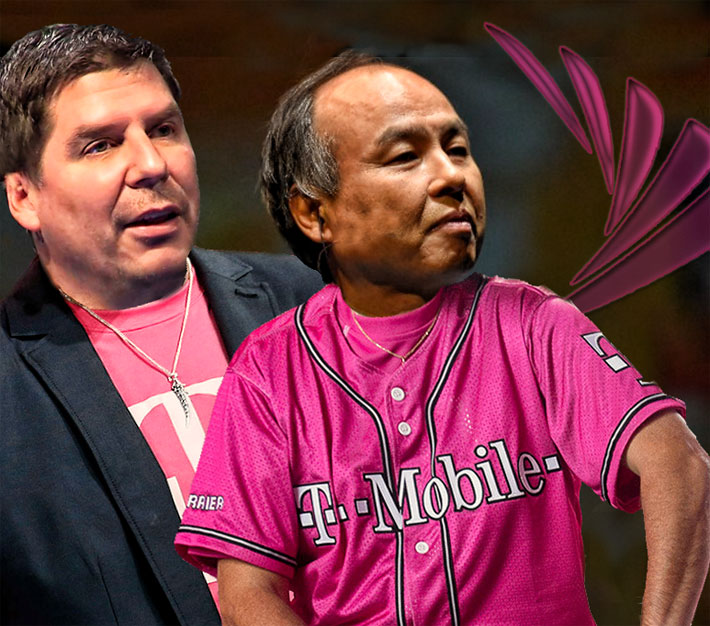 Sprint CEO John Legere and SoftBank CEO Masayoshi Son are quite sure who would take over branding if a Sprint/T-Mobile merger occurred.

SoftBank CEO Masayoshi Son said today that his first pick for a merger with Sprint would be T-Mobile, but the billionaire and founder of SoftBank said at a news conference in Tokyo that all comers are welcome.

““Our top choice remains T-Mobile. We will be open and sincere as we aim to launch negotiations. We’re basically open to anything. If there is an opportunity that will lead to industry realignment under better conditions, we will study with an open mind,” said Son.

Son and Sprint CEO Marcelo Claure have expressed interest in merging T-Mobile and Sprint several times, and Son said last year that if FCC Chairman Ajit Pai would be receptive to a Sprint/T-Mobile deal he would move forward.

A merger seemed like a possibility in 2014, until Sprint ended negotiations when it became evident that U.S. regulators would likely try to block further consolidation in the wireless market. The company’s net debt has risen to over $31 billion, up from about $26 billion in 2014.

Sprint posted a deeper than expected net loss in its most recent quarter but has shown signs of a turnround under Claure by improving its network and cutting prices, but it still remains last in subscribers for the first quarter at 58.7 million, trailing T-Mobile, 72.6 million; AT&T, 134.2 million; and Verizon, 146 million.

Son might think that he would be better off losing control of Sprint as long as he is able to get a deal done.

With the reverse auction completed, telecom companies are again free to engage in M&A talks. The FCC banned negotiations among bidders during a quiet period that ended April 27.

T-Mobile won the greater share of spectrum in the auction, spending $8 billion to capture 31 megahertz of low-band airwaves. Sprint did not participate.

T-Mobile CEO John Legere said during a February earnings call that he too would consider an acquisition.

“We are a healthy, growing franchise. If we choose to, we can continue to drive growth on our own…or participate in various forms of consolidation,” Legere said.