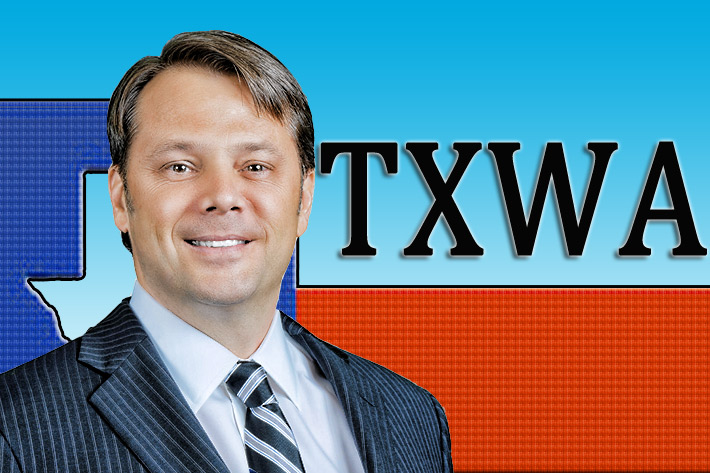 President of the Texas State Wireless Association (TXWA), Jeff Lewis, is being honored by industry leaders for his decade of involvement, advocacy and support for the association as his term comes to a end. Since joining in 2007, Lewis’s contributions have made an overwhelming impact on TXWA, helping it evolve from a small-scale volunteer organization to one of the largest and most effective State Wireless Association Programs in the country.

Throughout his leadership, Lewis, who is President of turnkey wireless solutions provider VERTICOM, set lofty goals for himself and the organization in order to better the TXWA and the broadband industry as a whole. As the acting President since 2014, Jeff has made a point to promote the TXWA brand as an advocate with local, state and federal agencies, keep membership up-to-date on new and changing policies, promote safety and training in the workplace, create an impact within the local community through volunteering and charitable contributions, broaden the scope of work for the TXWA committees, and ultimately propel the organization to its prominent place in the industry.

Jim Parker, current Vice President of TXWA, reflected upon Lewis’s involvement and impact on the organization, stating, “As President, Jeff Lewis really took TXWA to the next level. He ran the organization like a business, by establishing clear roles and responsibilities for each department and made each department accountable by reviewing the list of action items during TXWA’s monthly review meetings.  This resulted in an increase in membership and an increase in member participation allowing TXWA to increase its contributions to charitable causes.”

Through Lewis’s Presidency and the contributions of the dedicated Board, Officers, Committee Chairs, and members, TXWA has witnessed a significant 37% increase in membership, improved the involvement and execution of its committees, and donated over $100,000 to deserving charities since 2015.

With 10 years of involvement, Lewis reflected on his years of service to the TXWA, saying, “It has been an honor and a privilege to serve the TXWA as both a member and as its President. Throughout the years, we have accomplished so much through the hard work and dedication of the Board, Officers, Committee Chairs, and membership. I am proud to have not only made an impact on the organization and the industry itself but to have enriched the lives of others through our charitable contributions, scholarships, education initiatives, and networking events. I am incredibly thankful for the opportunity to have lead the TXWA as its President and appreciate the relationships, lessons learned, and positive experiences that have come from working with my friends and colleagues of the organization. As my final days as President come to a close, I look forward to passing the torch and wish continued success and prosperity for the organization and its counterparts.”

If you are interested in getting involved or learning more about the Texas State Wireless Association, visit TXWA.org for details.