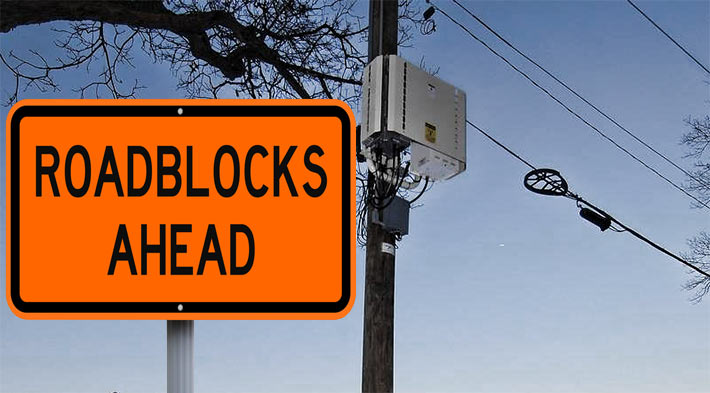 In its filing, WIA stressed the importance of maintaining a fair and competitive marketplace to promote the widespread deployment of wireless infrastructure in communities across the United States.

More importantly, WIA presented the FCC with a comprehensive overview of the issues that its members are confronted with, almost on a daily basis.

Fees were a major concern, and the association said that in most cases, the high fees charged by cities bear no rational relation to the cities’ management of the public right-of-way, citing an example, in Texas, where one WIA member was required to pay the equivalent of $1,000 per antenna annually to maintain its small wireless facilities.

WIA said it was an arbitrary amount that bears no relation to the city’s management of the right of way. They also noted that the member must separately pay the fees related to obtaining a standard right-of-way permit, which presumably reflects the city’s regulatory costs.

Fee costs are all over the board, said WIA, noting that they can be anywhere from percentages of gross revenues as high as 5.4% to linear foot charges of several dollars per foot, to $10,000 in up-front deposits for application review.

They argue that those fees have no relation to the costs imposed by the facilities deployed.

Some consultants were high on WIA’s list of impediments to rolling out small cells.

They pointed out that some cities have entered into consulting agreements granting third party firms or individuals the exclusive right to negotiate leases, licenses, or other agreements for the rental of space on municipal poles for deployment of small wireless facilities.

“These types of agreements are troublesome on many levels. First, they specifically target entities deploying wireless infrastructure, but not any other user of municipal property,” WIA said in its comments filed on Wednesday.

WIA said the success fee is based on the percentage increase in rent resulting from an entity’s renewed lease agreement with the city as compared to its initial lease agreement. Even more egregious, WIA said, these “Representation Agreements” promote the imposition of exorbitant rents on new entrants—i.e., where the lease agreement is not a renewal.

One WIA member reports that a city demanded $6,000 per year/per pole agreement, the baseline rent for comparison and calculation of the success fee is determined by the average rent of all pre-existing lease agreements for the previous calendar year.

“While the Commission has made important strides toward lowering barriers to wireless infrastructure deployment, WIA’s members continue to face significant obstacles that effectively thwart the deployment of small wireless facilities and equipment in public rights-of-way,” writes WIA in the filing.

WIA urged the FCC to clarify and bolster previous orders interpreting Sections 253 and 332 of the Telecommunications Act of 1996 and to guide local governments to act in a competitively neutral and nondiscriminatory manner to foster enhanced competition, realizing the purpose of the 1996 Act.

Whereas Mobilitie LLC petitioned the FCC for a declaratory ruling, providing it’s overview of industry concerns, “Promoting Broadband for All Americans by prohibiting Excessive Charges for Access to Public Rights of Way, WIA’s comments provide a more detailed overview of siting problems, offering the FCC a compendium of concerns that their members face throughout the nation.