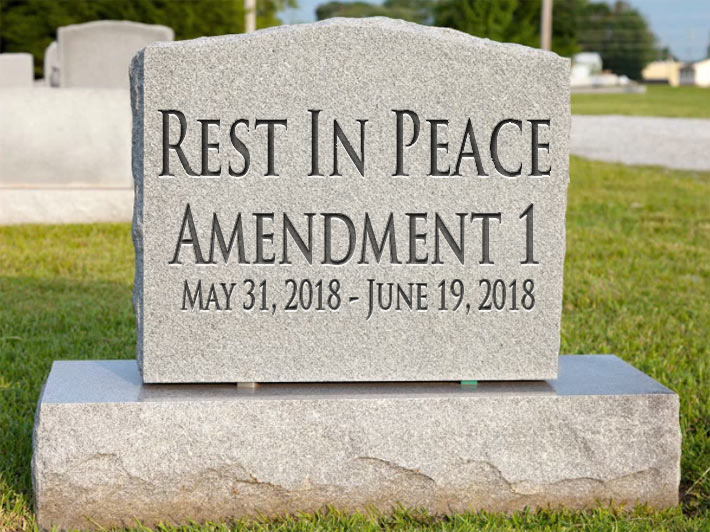 In a measure to prevent other towercos from building sites near their structures, and obtain some of their tenants with more favorable lease rates, American Tower Corp. informed their contractors late last month that if they assisted in the construction of a macro tower site within one-half mile of one of their existing towers they would be dropped from their approved vendor list.

Today, they said they were not going to go forward with its implementation.

It is likely that they thought their considerable presence and influence in the U.S. with over 40,000 towers would help stymie new competitors such as Tillman Infrastructure whose collaborative effort with AT&T and Verizon was starting to chip away at ATC’s industry stronghold.

However, they didn’t realize the groundswell of opposition that was growing in the past two weeks to prevent ATC from enacting a policy that would be detrimental to the nation’s wireless contractors and carriers.

AT&T reportedly contacted executives at ATC to voice their concerns about the disruptive agreement that might interfere with their FirstNet and network build programs which is already straining the available labor pool.

Verizon went a step further and publicly stated that they were assessing whether ATC’s actions were illegal, and asked their contractors to provide them with background information, in an exclusive report by Wireless Estimator.

In the meantime, the National Association of Tower Erectors was reportedly engaging many of its 460 wireless contractors to identify how they could  best mitigate American Tower’s amendment action.

Although the trade group said today that it would not discuss whether there were any legal or other considerations they were exploring, it did issue a statement from its chairman, Jim Tracy.

“NATE appreciates American Tower Corporation’s rescinding their previous decision after listening to concerns expressed by the Association’s member companies. ATC is a valued customer to our member companies and this change in policy will ensure that NATE members including tower owners and carriers can continue to collaborate together unimpeded to densify networks and deploy the infrastructure and technology necessary on the road to 5G,” Tracy said.

To Whom It May Concern:

We’ve listened to your input, and that of our wireless carrier customers, and their concern that our contractor program announced in our May 31 letter would potentially impact their ability to deploy network enhancements on American Tower assets. In response, we have decided effective immediately, not to go forward with implementing the First Amendment to Master Contractor Agreement and by this letter are giving you notice of this decision.

While we think this change reflects the right approach at this juncture, American Tower still strongly believes the proliferation of proximate towers to existing towers could result in future regulation and local zoning changes that impede the deployment of necessary infrastructure. However, we continue to support our customers’ efforts to enable the next-generation of wireless technologies and are committed to working in partnership with you to achieve this result.

Thank you to the contractors that signed the amendment, expressing their support for our program and our industry. In addition, we appreciate the valuable feedback received from our customers and our contractors. Should you have any further feedback, questions or concerns, please feel free to contact me.