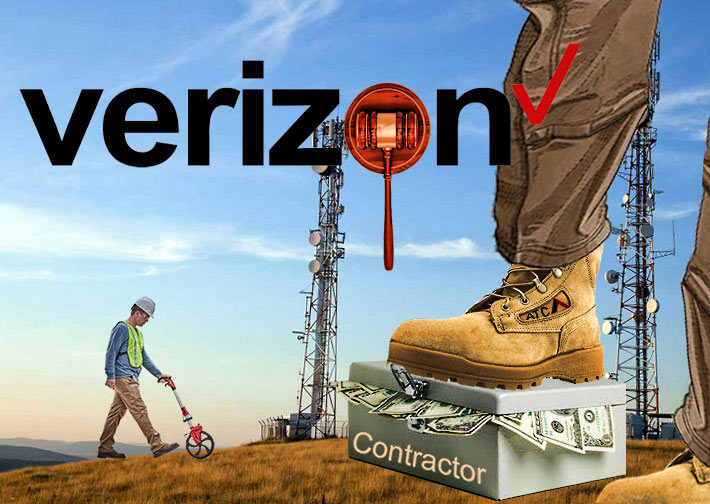 American Tower Corp.’s demand letter to contractors stating that if they assist in the building of a macro tower site within one-half mile of one of their existing towers that they will no longer be able to do any work for ATC, and possibly be excluded from working for other carriers on an ATC site, has raised the ire of Verizon to the degree that they are considering the move’s legalities and are asking for the assistance of contractors.

ATC Supply Chain Director Jared Morley on May 31 sent out a letter to contractors that they had to choose sides by June 15, and on June 14, Verizon VP, Network Engineering Mike Haberman sent a letter to the carrier’s contractors informing them that Verizon is “still in the process of considering the potential legal implications associated with American Tower’s letter and proposed Non-Competition clause, though we are certainly concerned about the potential impact to the industry.”

Haberman said that their collaborative effort with AT&T and Tillman Infrastructure to build new sites was designed to “create an environment that fosters more competition in the industry, rather than less.”

However, he said that  ATC’s response “appears to try to undermine efforts to increase competition in furtherance of its own effort to maintain its advantageous position in the marketplace. To the extent we learn about any adverse impact to our contractors or to the competitive environment, we are prepared to take appropriate action.”

Haberman said that it is not Verizon’s intention to provide legal advice to their contractors or direct them as to how to respond to ATC.

He did register his concern regarding ATC’s industry impact and requested contractor assistance.

“Since this is a very fact-sensitive inquiry, we are asking our contractors’ cooperation – regardless of how they choose to respond to American Tower – with our efforts to gather additional information that will help us assess the full scope of the issues raised and the potential effects and competitive impact this might have on the industry.”

“To help us evaluate the full scope of the potential competitive impact of American Tower’s demand, and to help guide what our next steps might be, we’d like to get as much information as possible from you.  To that end, please reach out to your local Verizon market contact to discuss further,” Haberman wrote.

Verizon believes that ATC’s actions may have significant implications for the industry, such as “any new wireless communications asset is not defined and could potentially encompass new small cell facilities, DAS systems or even new equipment on existing non-American Tower sites.”

However, Morley sent a letter to ATC’s contractors late last week clarifying what he termed “unintended issues” regarding their original request, stating that the one-half-mile no build zone “excludes non-macro tower facilities from consideration – both in terms of ATC assets for proximity analysis and for future projects where you are engaged to help address coverage and capacity issues.”

The new contractor terms allow for “a method to obtain a site specific waiver when conditions require an additional tower asset within the ½ mile radius.”

It also states that the contractor is “only accountable when the ATC proximity asset is published on our website.”

In extending the contractor compliance acceptance to June 20, Morley said, “These changes are intended to minimize any negative impact, but to still help protect the long term health of the industry and our assets. We strongly believe the proliferation of proximate towers to existing towers could result in disruptive community backlash and impede the deployment of necessary infrastructure in the future.”

Four contractors informed Wireless Estimator that they would have to sign the amendment, but would consider building competitive sites within the half-mile-radius.

One mid-sized contractor said he was reluctantly going to sign ATC’s agreement, although he believes it is restraint of trade.

Another contractor who said he was not going to agree to the amendment, said he would like to see contractors join forces to show “this billion-dollar 300-pound gorilla” that they can’t use contractors as pawns to resolve their adversarial carrier conflicts.