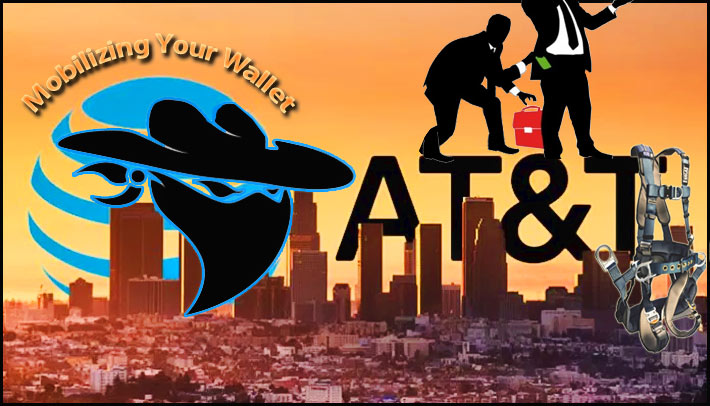 Commentary
AT&T recently increased their wireless revenue just south of $1 billion by sneaking in an increased “administrative fee,” a line item squeezed in at the bottom of their monthly bill that will not be noticed by most of their 64.5 million wireless customers since it’s only $1.23 extra a month.

In a statement to Fortune after being called out on the increase, the carrier said, “This is a standard administrative fee across the industry…”.

That’s lie Number 1.  Although similar ambiguously defined fees are used by some wireless carriers, it’s not standard in the industry and T-Mobile last year acknowledged that they were made-up phony fees and took them off customers’ bills.

And the second Pinocchio public relations statement said that it was used to “cover costs we incur from items like cell site maintenance and interconnection between carriers.”

Interconnection fees between their competitors are going down, and most importantly, maintenance expenses for cell sites are also less, year after year after year.

In addition, AT&T requires their turf vendors to provide an annual reduction in line item pricing since their costs should be less as they streamline their operations.

Although borderline deceit is being used by AT&T to prop up their revenue sources after spending over $100 billion to acquire Time Warner, it’s not illegal, and customers can opt to switch to another carrier.

However, workers, contractors and yes, even turf vendors are getting the short end of the stick as AT&T continues to commoditize the industry.

If AT&T claims that they need a billion dollars to continue to support their infrastructure and maintenance needs, great! Go for it!

However, they shouldn’t put that money into Turner Broadcasting, but in the billfolds of tower techs and every other wireless infrastructure worker and company – the full umbrella of people that want to see continued success for AT&T, but have to share in their profits in order to survive.