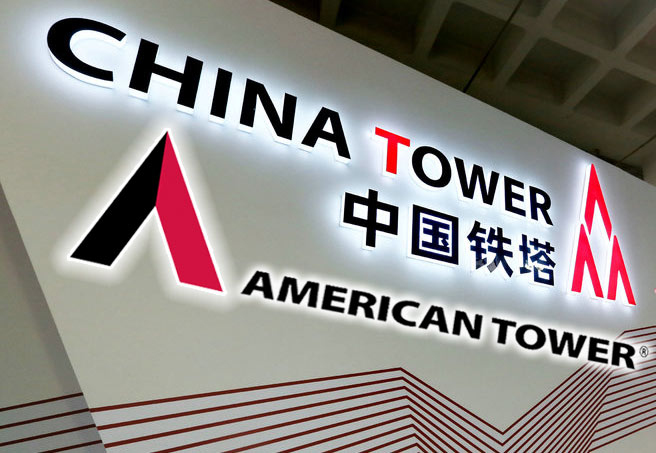 China Tower will start trading on the Hong Kong Stock Exchange next month. Their IPO is expected to capture $10 billion. American Tower’s haul when it had its IPO in 1998 was $625 million, equivalent to $950 million today

American Tower, the first major U.S. towerco to go public on July 8, 1998, will have a 20-year head start on China Tower when the world’s largest tower owner starts trading next month on the Hong Kong Stock Exchange, but down the road China Tower could become a serious competitor.

Other than sharing the same IPO month, an average 5-year lease term and a similar logo, the ubiquitous inverted V, the financials and tower counts are miles apart, with China Tower having  considerably lower lease rates. 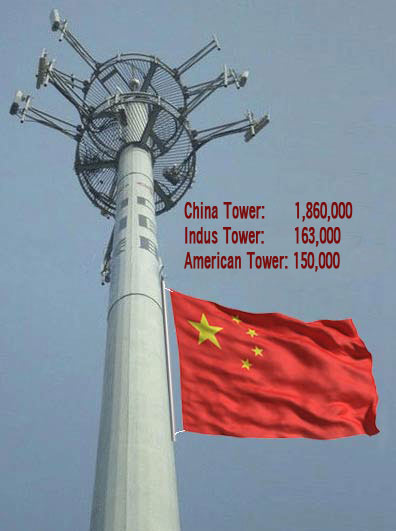 Although China Tower says it has 1.9 million towers, the company also counts its rooftop locations as tower structures.

When ATC completed its public offering of 27.9 million shares at $23.50 per share, the company saw net proceeds of $625 million, equivalent today to $950 million.

China Tower is aiming to raise at least $10 billion. The final size of the deal will depend on investor appetite and market conditions.

The IPO’s dog and pony show, beginning next week, will be led by China International Capital Corp and Goldman Sachs.

China Tower is expected to seek a valuation of up to $40 billion.

Additional dissimilarities are glaring
American Tower had less than 2,000 towers in 45 states at the time of its IPO, China Tower enjoys the world’s largest portfolio, 1.86 million sites, in addition to 16,978 DAS sites.

China Tower considers a rooftop installation as a tower site.

Whereas ATC’s early growth saw respectable lease rates being paid by their tenants, China Tower’s customers are its owners and their relationships are strained as seen in recent negotiations.

Tangled loyalties could lead to lower lease rates
Late last year, China Mobile, China Unicom and China Telecom renegotiated their lease agreements with China Tower. The five-year agreements saw a big cut in the “markup margin rate”, the amount they are charged above overhead costs, from 15 per cent to 10 per cent.

When the carriers’ terms are renegotiated in 2022, the owner/carriers will have to decide whether an increased valuation of their China Tower stock is worth an increase in overhead.

Having three state-owned companies as its customers means it may be forced not to charge them a fair market price, given China’s push to be the world’s leader in the development of 5G.

The carriers are China Tower’s main customers, accounting for nearly all of its sales last year, according to their prospectus. In order to shore up future revenues, China Tower may consider acquiring tower owners in other countries and could become an international competitor to American Tower.

Cutting tower builds created a monopoly
The state-run tower company was formed to reduce redundant construction of telecoms infrastructure, with the mobile operators transferring their tower assets worth an estimated $36 billion to China Tower in 2015.

The IPO was expected to launch earlier this year, but was delayed as the group ran into hurdles getting approvals from state regulators.

China Mobile, the world’s largest wireless carrier, owns a 38 per cent stake in China Tower, followed by China Unicom and China Telecom, each with stakes of about 28 per cent. The remaining 6 per cent is held by China Reform Holdings Corp, a state-owned investment fund.

Siting concerns may be easier in China
It is expected that the powerful state-owned towerco will find it easier to influence local governments regarding siting issues. In a three-year action plan with Guangdong Provincial Government , where 8% of China’s population resides, the below plan requires governments to open up resources for towers.

The plan says, “public buildings or properties are open for free; Tower Corporation and telecom operators are required to understand information such as public buildings and properties in the process of formulating and implementing information infrastructure planning, land and resources, housing and urban-rural development, etc. Departments should actively support cooperation.”

As interpreted in a Google translation whether requiring public properties to allow China Tower ‘free’ use of their property for base stations is accurate is unknown since China Tower did not respond to a request for clarification. If it is correct, it is in stark contrast with America’s towercos oftentimes providing generous land lease payments to municipalities to facilitate new site builds.

“Three-year Action Plan for Information Infrastructure Construction in Guangdong Province” was released to  clarify the overall layout of the 5G site for the Tower Company. 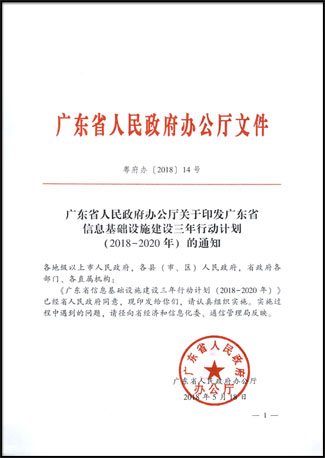 First, in terms of layout and construction of 5G sites, it is clear that before the end of 2018, Guangdong Tower organized municipal branches, together with local information and urban and rural planning authorities, to co-ordinate the construction needs of telecom companies, focusing on the layout of 5G network sites. Formulate plans for the construction of mobile communications tower sites in each city (2018-2022).”

The third is to promote the deep coverage of 4G networks and clearly define the construction of 4G network base stations and indoor distribution systems in the province, accelerate the 4G network to enter the village, and rely on provincial highways, municipal roads, railways, subways, and video poles , lighting poles, bus stops and other facilities, promote the construction of 4G networks for traffic trunks, and achieve full coverage of 4G signals for new highways and ordinary highways.”

The “Three-Year Action Plan” clarifies that “local governments should open up resources for social towers and communications towers, promote urban smart lampposts with ‘one-shot’ function, and solve the problem of shortage of base station sites. Construction of Urban and Rural Housing (or Integrated Urban Management) Based on the principle of government-led and market-oriented operation, the department took the lead in organizing pilot projects in Guangzhou, Shenzhen, Zhuhai, and Shantou, clearly defining the implementation of 1 to 2 pole and tower construction companies with a good market foundation, and exploring the establishment of tower and tower resources for joint construction. Sharing and paid use of the system, the construction of a unified tower information platform, the tower base station, street lights, monitoring, traffic indications, radio and television, and other towers intensive construction of resources and ‘one-shot multi-purpose’ transformation.

The second is to open public resources. “Unless otherwise provided by laws and regulations, public buildings or properties are open for free; Tower Corporation and telecom operators are required to understand information such as public buildings and properties in the process of formulating and implementing information infrastructure planning, land and resources, housing and urban-rural development, etc. Departments should actively support cooperation.”

The third is to increase financial support. “Guangdong Provincial Finance strongly supports the opening of public resources, the promotion and application of smart towers, and the revision of information infrastructure planning.”

The fourth is to strengthen land use protection. “The construction projects determined by local governments for the specific planning of the tower site and other special projects shall timely incorporate the land use requirements into the overall land use planning and land use annual plans; and the stocks of the base stations of telecommunications companies received by the Tower Company shall not be completed for historical reasons. The real estate transfer registration shall be studied and resolved according to the actual situation.”

Sixth, speeding up the issuance of the “Provisions on the Construction and Protection of Communication Facilities in Guangdong Province.”

In addition, the “Three-year Action Plan” also clarified that “the mayor as the main responsible person to implement the construction tasks and include inspection supervision.”

The first is to explicitly include the construction of information infrastructure in key tasks of the provincial government supervision. The listing of the information infrastructure at the local level will be included in the annual key tasks of the municipal government. The construction tasks will be decomposed into specific departments and companies year by year, and will be included in inspection supervision.

The second is to give play to the main role of the enterprise. The iron tower companies at all levels should play an overall role in the planning and construction of site sites such as 5G sites, find out the location, area, power supply, and network access of the tower site, integrate the needs and stock facilities of the telecommunications companies, and promote common building and sharing. , improve the level of intensive construction.