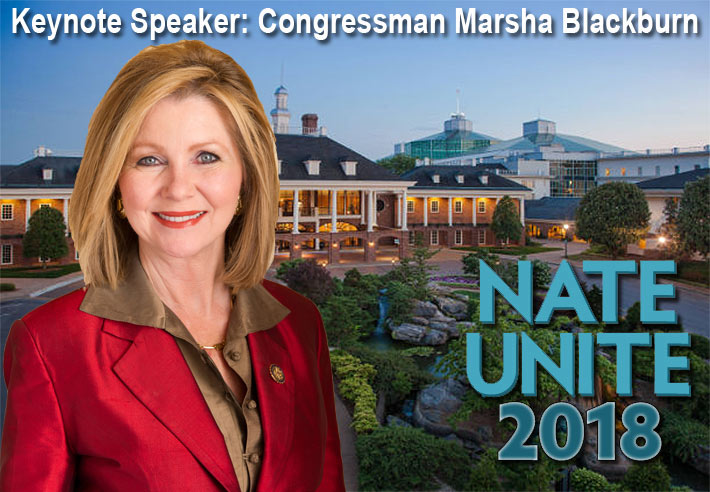 The National Association of Tower Erectors (NATE) announced today that Congressman Marsha Blackburn (R-TN) has been named as the inaugural recipient of the organization’s Legislative Champion Award. Blackburn will be presented with the honor and is slated to deliver keynote remarks at the NATE UNITE 2018 Awards Luncheon. The Awards Luncheon, sponsored by SBA Communications, is scheduled to take place on Wed., Feb. 21, 2018 at the Gaylord Opryland Resort & Convention Center in Nashville, Tenn. NATE UNITE is widely regarded as the premier and most comprehensive education event in the wireless and broadcast infrastructure industries.

Blackburn represents the 7th District of Tennessee in the U.S. Congress and has earned a special reputation as a bi-partisan leader and policy expert on telecommunications issues and intellectual property rights during her tenure. Blackburn currently holds a seat on the influential House Energy and Commerce Committee and has played a pivotal leadership role for the wireless infrastructure industry as Chairman of the House Subcommittee on Communications and Technology.

Earlier this week she introduced a flurry of broadband bills, the first batch of many that will benefit the wireless infrastructure industry. 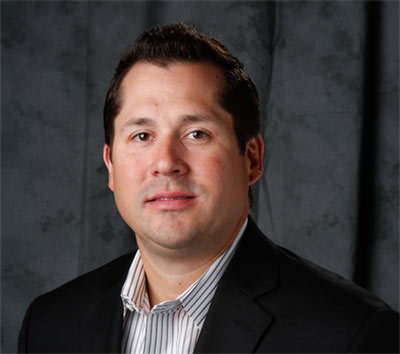 Mitch Bateman said Congressman Blackburn is a tireless advocate for the industry and has championed advancing policies related to wireless infrastructure.

“On behalf of NATE member companies in the state of Tennessee and throughout the United States, we look forward to welcoming Congressman Blackburn to NATE UNITE 2018,” stated NATE’s Wireless Industry Network Tennessee State Liaison Mitch Bateman from Flash Technology in Franklin, Tenn.

“Congressman Blackburn is a tireless advocate for the industry and has long been a champion advancing policies related to enhancing wireless connectivity and streamlining infrastructure deployment,” added Bateman.

“I am so honored to be chosen for the NATE Legislative Champion Award this year. NATE has worked tirelessly to advance safer standards within the industry and to provide a unified voice in the advancement of tower erection, service and maintenance companies,” said Blackburn. “As the Chairman for the Subcommittee of Communications and Technology, I have been dedicated to expanding broadband in rural areas, and making sure that these broadband towers coincide with the industry standards to promote tower climber safety. Our first world economy cannot exist without a first world internet, and so much has to do with the expansion of towers in many areas across Tennessee. Thank you so much to NATE for this award, and for the continuous work your member companies do in this crucial area,” added Blackburn.”

As a small business woman, author, mother, grandmother, and Member of Congress, Marsha Blackburn has dedicated her service to making America a more prosperous place to live.

No stranger to adversity and hard work, Marsha went to college on a 4-H scholarship and worked her way through school selling books for the Southwestern Company.

Whether it is was leading the fight to defeat the proposed state income tax during her time in the Tennessee State Senate or her efforts in Congress to restore fiscal responsibility, Marsha has fought tirelessly for the principles and values that unite conservatives. Representing Tennessee’s 7th District, Marsha continues to advocate for a small, efficient federal government that is accountable to its citizens.

Marsha has been honored with the Distinguished Leader Award from the Susan B. Anthony Foundation, the Iron Jawed Angel Award for Excellence in Public Service, an honorary doctorate in letters from King University, the Congressional Grammy by the Recording Academy, and the Health IT Now Innovation Award among others. She currently holds a seat on the House Energy and Commerce Committee serving as Chairman of the Subcommittee on Communications and Technology.

Marsha and her husband Chuck live in Williamson County, Tennessee. They have two children, Mary Morgan (Paul) Ketchel and Chad (Hillary) Blackburn; and two grandsons. Blackburn is a native of Laurel, Mississippi and graduate of Mississippi State University.