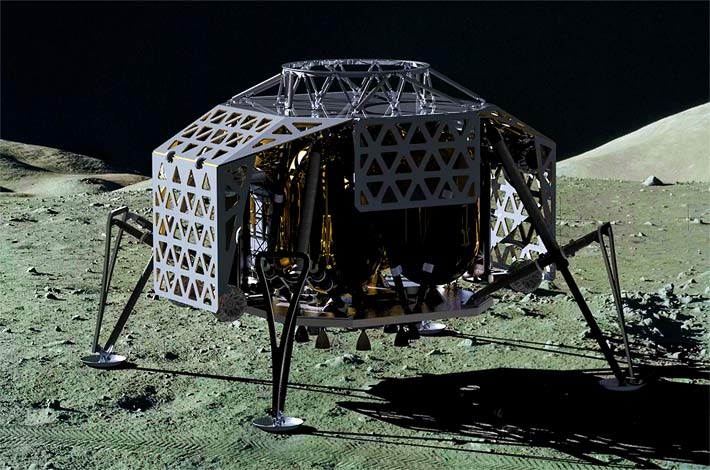 There will be no need for towers on the Moon in 2019 when a consortium’s 4G network begins broadcasting.  Photo: PTScientists

The Moon will get 4G coverage next year, 50 years after the first NASA astronauts walked on its surface. In an announcement Tuesday, Vodafone said it plans to create the first 4G network on the Moon to support a mission by PTScientists in 2019 and has appointed Nokia as its technology partner. 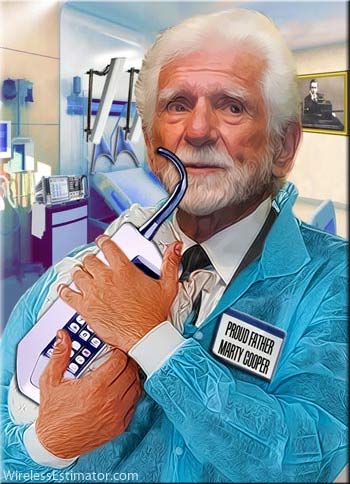 The 4G ultra compact network will weigh less than Motorola’s first cellular phone, nicknamed ‘The Brick” that weighed in at 2.5 pounds.

Berlin-based PTScientists is working with Vodafone Germany and Audi to achieve the first privately-funded Moon landing. Mission to the Moon is due to launch in 2019 from Cape Canaveral on a SpaceX Falcon 9 rocket.

Vodafone’s network expertise will be used to set up the Moon’s first 4G network, connecting two Audi lunar quattro rovers to a base station in the Autonomous Landing and Navigation Module (ALINA). Nokia, through Nokia Bell Labs, will create a space-grade Ultra Compact Network that will be the lightest ever developed – weighing less than 2.2 pounds, the same as a bag of sugar and lighter than Motorola’s first cell phone, the DynaTAC 8000x, which hit the market in 1983 and weighed 2.5 pounds.

The 4G network will enable the Audi lunar quattro rovers to communicate and transfer scientific data and HD video while they carefully approach and study NASA’s Apollo 17 lunar roving vehicle that was used by the last astronauts to walk on the Moon (Commander Eugene Cernan and Harrison Schmitt) to explore the Taurus-Littrow valley in December 1972.

Vodafone testing indicates that the base station should be able to broadcast 4G using the 1800 MHz frequency band and send back the first ever live HD video feed of the Moon’s surface, which will be broadcast to a global audience via a deep space link that interconnects with the PTScientists server in the Mission Control Center in Berlin.

A 4G network is highly energy efficient compared to analog radio and that will be crucial to Mission to the Moon and is the first step to building communications infrastructure for future missions.

Vodafone Germany CEO, Dr Hannes Ametsreiter, commented: “This project involves a radically innovative approach to the development of mobile network infrastructure. It is also a great example of an independent, multi-skilled team achieving an objective of immense significance through their courage, pioneering spirit and inventiveness.” 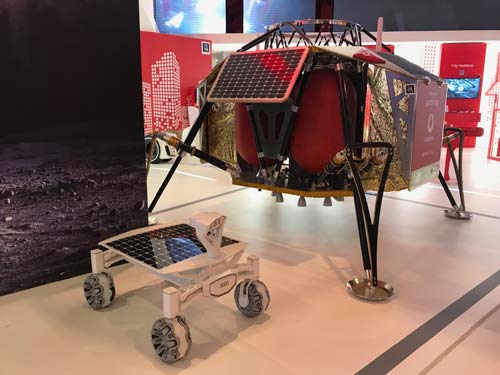 A Mobile World Congress attendee in Barcelona said, I was standing in front of Vodafone’s lunar module at MWC listening to their pitch when you published your article. Perfect timing. “

Robert Böhme, CEO and Founder of PTScientists, said: “This is a crucial first step for sustainable exploration of the solar system. In order for humanity to leave the cradle of Earth, we need to develop infrastructures beyond our home planet. With Mission to the Moon we will establish and test the first elements of a dedicated communications network on the Moon. The great thing about this LTE solution is that it saves so much power, and the less energy we use sending data, the more we have to do science!”

In 2007, Google announced its Lunar X Prize to encourage commercial spaceflight, challenging privately funded teams to put a robotic spacecraft on the moon, mover the craft 1,640 feet, and have it beam high definition photos back to earth.

Unfortunately, it had to be accomplished by the end of this month, and next year’s launch mission by PTScientists will be a year late and will not qualify for the $20 million grand prize Google was offering.

The deadline was originally the end of 2012, but Google pushed it back several times, finally to March 31 of this year. Part Time Scientists, known as PTScientists, was one of several teams that competed in the competition.

Nokia Chief Technology Officer and Bell Labs President, Marcus Weldon, said: “We are very pleased to have been selected by Vodafone to be their technology partner. This important mission is supporting, among other things, the development of new space-grade technologies for future data networking, processing and storage, and will help advance the communications infrastructure required for academics, industry and educational institutions in conducting lunar research. These aims have potentially wide-ranging implications for many stakeholders and humanity as a whole, and we look forward to working closely with Vodafone and the other partners in the coming months, prior to the launch in 2019.”