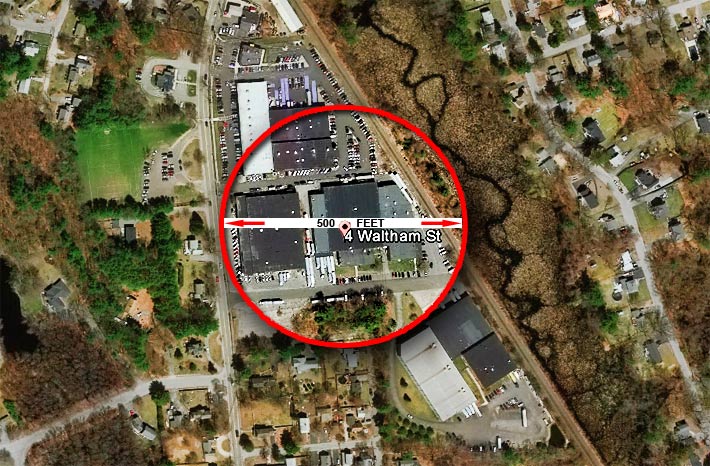 The Wilmington zoning board said that the site was denied because it was five feet short of a 500-foot residential setback. It also violated other setback standards.

A Massachusetts town north of Boston yesterday asked a federal judge to end a Feb. 2017 lawsuit accusing its zoning board of appeals of wrongly denying T-Mobile and another company the right to build a 120-foot monopole, arguing that officials’ determination that the project was too close to residential neighborhoods was evidence-based.

Lawyers for the town of Wilmington told the court that it should reject T-Mobile Northeast LCC’s and Eco-Site, Inc.’s effort for summary judgment and instead end the lawsuit.

The defendants are arguing that the town’s zoning board rightly determined that the proposed cell tower was rejected because it didn’t meet residential setback requirements by five feet.

According to the complaint filed by Eco-Site, Inc. (Echo-Site) and T-Mobile Northeast (T-Mobile), the companies applied to the zoning board in Nov. 2016 to erect a 120-foot monopole with an 18×18-foot compound at 4 Waltham St., but board members denied their application even though the plaintiffs identified that there was a gap in their coverage and no other location was available within their search ring.

The plaintiffs said the proposed site was in a General Industrial zoning district where cell towers are permitted.

They also acknowledged that Wilmington requires a 500-foot setback from a residential district, but no matter how they tried to locate the structure they could only provide a maximum distance of 495 feet and they requested a dimensional variance to permit the monopole.

Wilmington also has a setback regulation from any property line of the distance of the tower’s height, plus 5 feet.

A variance was also being requested because the structure was located within 17 feet of a side yard property line.

The carrier provided documentation that the proposed tower was safe and did not present a hazard from failure of the tower to neighboring properties.

At a public hearing on Jan. 17, 2017, T-Mobile identified that there was no other location that they could use and that board members provided no documentation to dispute the need for coverage in the area or that the structure could be a safety hazard to adjoining properties.

The board voted 5-0 to deny the application, and T-Mobile filed suit stating that their denial was in conflict with 47 U.S.C. § 332 that states, “any decision by a State or local government or instrumentality thereof to deny a request to place, construct or modify personal wireless service facilities shall be in writing and supported by substantial evidence contained in a written record.”

In a July 9, 2018 filing, Wilmington informed the court that it admitted to T-Mobile’s research and analysis by RF engineers that there was a significant gap in their ability to provide service in the vicinity of Tacoma Dr.