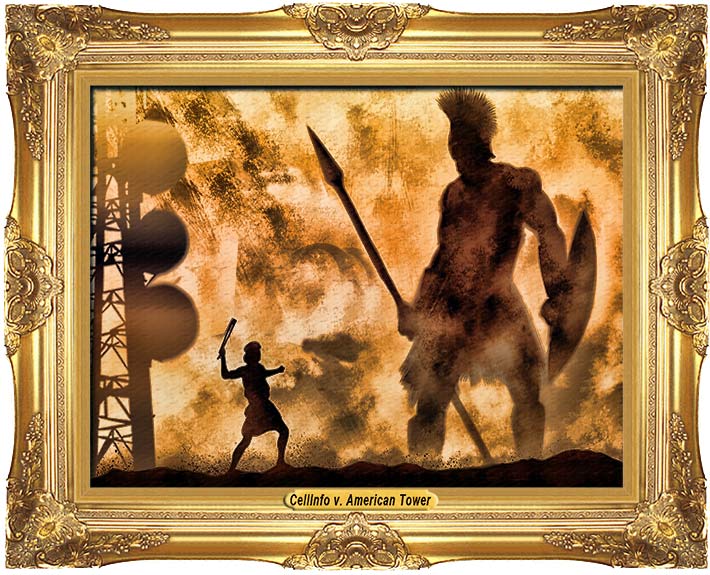 In a David and Goliath-like legal battle, a two-man software shop is taking on one of the world’s largest REITs

A small Massachusetts software developer is alleging that through their proprietary analytical tools they identified in proof of concept testing that ATC’s Brazilian subsidiary (ATB) was missing the opportunity to capture millions of dollars’ worth of additional annual cash flow, and according to a complaint filed in Massachusetts U.S. District Court by CellInfo, they said they also found “safety shortcomings, and market cap value” for ATC.

But what started out as a win-win relationship where CellInfo could “quickly and easily determine whether all equipment installed on a cellular tower is allowed to be there under a contract between the tower owner and a wireless carrier or other operator who uses the tower,” has turned into an expected expensive and protracted lawsuit that will only see one winner.

The lawsuit, below, claims that in May 2017, CellInfo learned that ATC was planning to seek third-party bids for development of a software platform that would provide the same benefits as CellInfo’s asset intelligence platform.

The company said it immediately reached out to ATC, both to emphasize the benefits of its own, nearly-complete platform over a third-party bidding process and to remind ATC of its obligations not to disclose or use CellInfo’s confidential information during the bidding process and any subsequent development work.

CellInfo said in its complaint that it later learned that ATC was developing its own, rudimentary version of one of the software modules in CellInfo’s platform. CellInfo said it began to receive requests from ATC’s employees for the algorithms and parameters used by CellInfo’s proprietary software.

“For example, Mr. Sabino, ATC’s Director of Business Analytics, requested login credentials so he could get a ‘sneak peek’ at the CellInfo platform. CellInfo later learned that ATC was trying to develop its own software to mimic a number of ‘key modules’ from CellInfo’s platform,” the complaint read.

CellInfo said, amongst other benefits, the tower owner can use their information to identify additional sources of revenue and—importantly—to determine whether equipment installed on a cellular tower exceeds wind loading restrictions specified in a contract or elsewhere.

The Boston-based software company founded in 2014 said that through its software program, CellInfo began finding instances where ATC “was not being paid by cellular carriers that were using their towers. ATC validated CellInfo’s results. CellInfo found similar instances on rooftops with cellular infrastructure managed by ATC.”

CellInfo said, in its complaint, that many of ATC’s employees involved in the project were impressed with CellInfo’s initial results, but some in Brazil were concerned that CellInfo’s success would expose their own failure to identify lost revenue streams and problems with ATC’s infrastructure, among other issues.

CellInfo believes that members of the ATB team were worried about losing their jobs if ATC management learned about missing revenue streams and “just how inadequate ATB’s business processes were.”

In April 2017, a co-founder of CellInfo said that management at ATB requested him not to share CellInfo’s results with ATC management, “offering support for accelerated bonus payments in return.”

On June 15, U.S. District Judge Nathaniel M. Gorton was assigned to the case, but recused himself from the civil action to protect trade secrets on June 19.

As of June 26, American Tower hasn’t answered the complaint’s allegations.

Defendants’ Unlawful Use of CellInfo’s Confidential Information and Trade Secrets