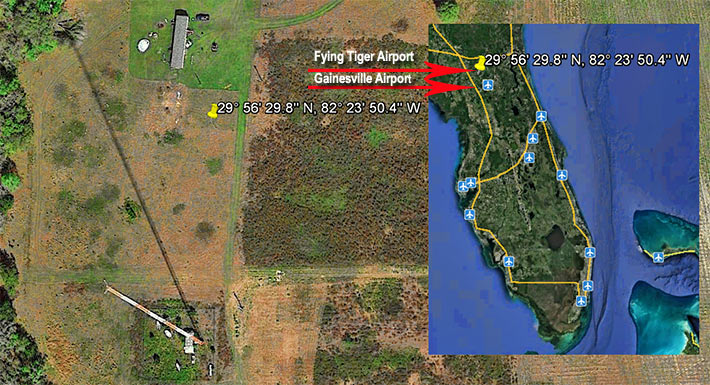 The owner of the 700-foot tower cut power to the lighting system at least five months ago. A private airport is within one-half mile of the structure.

The FCC issued a Notice of Violation (NOV) on May 20, 2019 for an obstruction lighting violation claiming that on May 7, 2019 the FCC’s Miami enforcement bureau received information indicating that none of the required obstruction lighting on the 700-foot guyed tower had been functioning for several months.

The tower appears to have no tenants, according to a March 3, 2019 Google Earth view. Had Merdarler had an operating obstruction lighting system, providing power would have cost the company approximately $250 per month. If a new lamping system was required, the system and installation would cost approximately $125,000.

Based on the agent’s investigation, Merdarler did not make daily observations of the antenna structure’s lights, nor did Merdarler have a functioning automatic alarm notification system.

The agent in his report said the lights on the antenna structure have been extinguished since January 8, 2019 or earlier and Merlarder was notified of this condition on January 8, 2019. However, at no time did Merlarder itself report the obstruction light outages to the FAA as required nor repair them.

The light outages for the dual lighting system with red lights for nighttime and high intensity flashing white lights for daytime were reported by another party.

While investigating the outage, the investigator found that based on information reported by the FAA, and confirmed using commercially available mapping tools, the antenna structure appears to be located at approximately 317 feet from its registered location.

Once Merdarler answers the NOV, it is expected that the FCC will provide a Notice of Apparent Liability (NAL) along with fines for the violations that could be in excess of $25,000.

Obstruction marking and lighting violations typically are $10,000, but Merdarler could be fined more since the company was notified of the outage, but did not fix it or contact the FCC with any progress reports.

In addition, the agency will likely fine the company for its incorrect coordinates and for not making daily inspections or having an automated system in place to detect lighting failures.

Merdarler could not be found in a corporate search of businesses in New York and Florida.

In 2013, the FCC fined a tower owner $25,000 for having a tower with faded paint, not posting an antenna survey registration number at the base of the tower, an incorrect owner registrant, and knowing of the violations, but not addressing them.