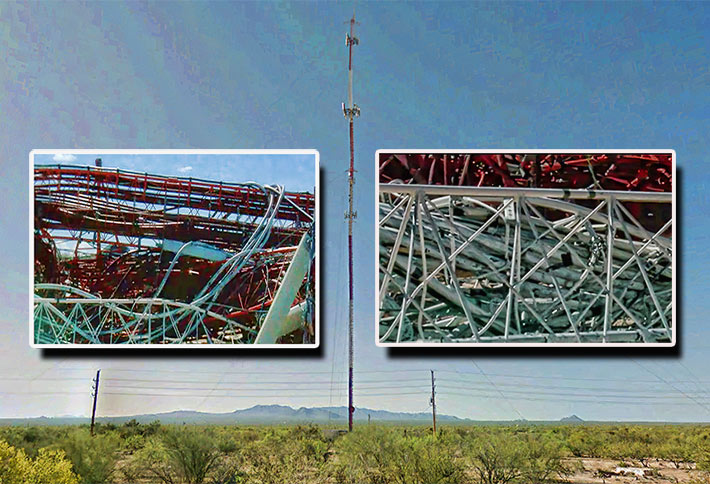 Verizon will be erecting a new tower to replace the 495-foot structure that collapsed in Three Points, Arizona

The multi-tenant tower’s collapse interrupted service for thousands of people in the small community located 30-miles from Tuscon in Pima County. There were no individuals at the tower site when it collapsed, according to authorities.

The weather was not an apparent cause since a check by Wireless Estimator identified that  at the time of the morning collapse, the highest wind gust was 13-miles-per-hour with clear skies.

Verizon management said that they would release information on what may have caused the tower to go down, but have not responded as of today.

The most likely cause being presented is that an anchor failed, causing the collapse.

The tower, located off of West Ajo Highway, was built in 1990.

The carrier has placed a cell on wheels in the community and a contractor has started hauling away the structure that originally folded in half when it failed.

However, communications are spotty in the rural community of approximately 5,500 residents since the carriers required higher elevations on the structure for adequate coverage.