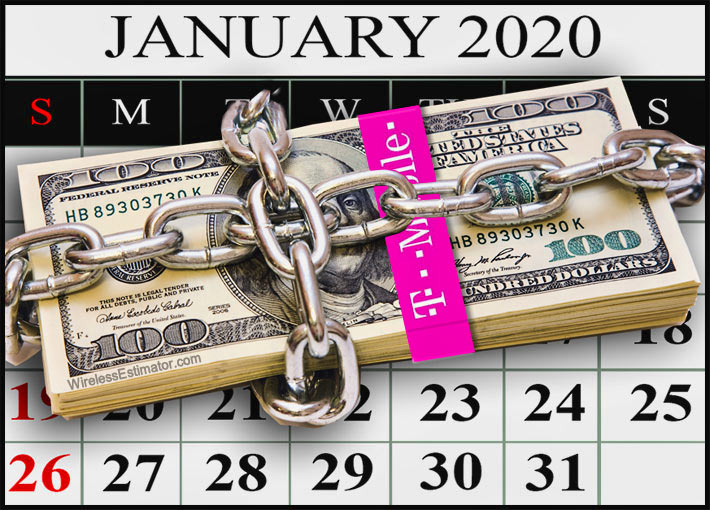 When a T-Mobile subscriber doesn’t pay their bill in 60 days their service is terminated, but the pink colored carrier is putting contractors in the red by holding off paying their invoices for 120 days or more in violation of binding, but unenforced master services agreements.

When T-Mobile canceled 5G upgrades and new builds nationwide in late August, a spokesperson informed Wireless Estimator that they were managing capital expenditures “as we do every year, and we continue to invest billions to build out our network aggressively, expanding LTE coverage and performance while simultaneously laying the foundation for broad, nationwide 5G in 2020.”

A month later, it was revealed that T-Mobile had stopped paying its contractors, keeping its market managers in the dark.

And although some loose communications are opening up with contractors, payments continue to lag and answers that companies are receiving are confusing, and oftentimes inaccurate, according to dozens of contractors that have been in touch with Wireless Estimator.

One contractor, who contacted Wireless Estimator in early September, said at that time that payments were being received on time, but last week, it was dismayed as invoices were rolling into 30 and 60 days past due.

A contractor that was owed over $400,000, said that T-Mobile accelerated a payment. “Otherwise, as I told them, I was going to have to close my doors,” he said.

However, the majority of contractors are not being paid according to their terms in their master services agreements and they state that there is nothing that they can do to resolve their serious cash flow problems.

“TMO knows that if I pursued collections legally, that I would be removed as a vendor. Even if I did take action it would take months before it could be resolved and I’m not about to pay attorney’s and filing fees.,” said a Texas contractor.

Placing a mechanics lien has been considered by some contractors, however, the problem is that in many states it has to be filed no later than 90-to-120 days following completion of the work and that window has already closed.

Some contractors have said that T-Mobile has canceled Ariba-submitted and approved invoices and obsoleted other purchase orders.

Others state that they have been informed that new payment terms the carrier is requesting will require payment terms of 120 days.

Although T-Mobile knows there is little risk that contractors will take them to court, what they could be risking is losing their available complement of crews when they’re ready to continue their build in 2020.

“T-Mobile paid extra money to get the crews necessary to help them with the repack, now they’re doing just the opposite, instead of working with contractors they’re working against them,” said a Pennsylvania contractor.