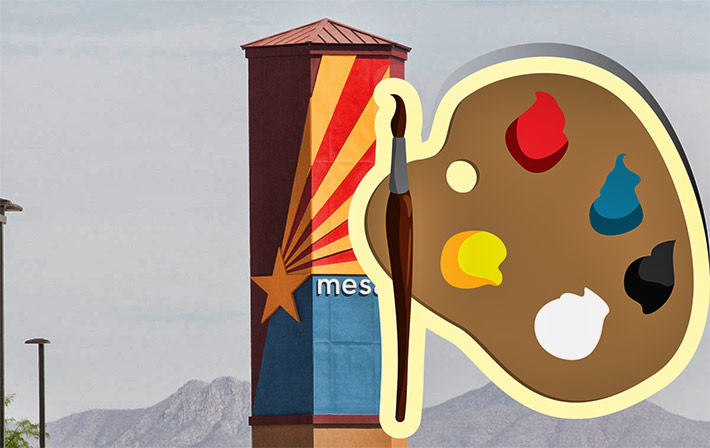 Some communities believe they have color privilege in claiming that virtually any change to a structure – such as changes to the height or color  – directly impacts concealment and therefore are outside the scope of the FCC’s requirements, the Wireless Infrastructure Association informed the FCC

The Wireless Infrastructure Association (WIA) has petitioned the Federal Communications Commission (FCC) to clarify its rules to facilitate broadband deployment by promoting collocations on existing wireless facilities. As part of its request, WIA has asked the FCC to rectify an unnecessary barrier to broadband deployment due to the divergent treatment of compound expansions around wireless facilities.

These petitions are based on the FCC’s explicit authority under Section 6409(a) of the Spectrum Act of 2012, which expressed Congress’ support for wireless collocation. FCC regulations apply to Section 6409(a) to both small cells and macro towers in order to efficiently deploy wireless broadband networks across the United States.

“Consumers and businesses rely on connectivity and will benefit from next-generation wireless networks. Action on these petitions will help expedite the siting process so that the U.S. can continue to lead the world in wireless innovation,” said David E. Weisman, Chairman of WIA’s Board of Directors and Chief Executive Officer of InSite Wireless Group. “Swift deployment of wireless infrastructure necessitates removing barriers to collocation, which is the quickest, most efficient way to deploy 5G. WIA is leading the way by asking the FCC to address unreasonable regulatory obstacles to the deployment of next-generation services.”

“Over the past year, WIA has prioritized clarification of key definitions to close loopholes that have hindered 5G deployments, as well, for modification of compound expansion rules to promote collocations and installations of critical public safety facilities,” said WIA President and CEO Jonathan Adelstein. “WIA appreciates that the FCC has worked diligently to clear the path to the deployment of small cells swiftly and efficiently across the country. We look forward to working with the FCC as it continues to strategically improve the wireless infrastructure siting process for macros, as well, so the U.S. can win the global race to 5G.”

WIA said that some localities are broadly interpreting what constitutes a “substantial change” under the Commission’s rules so that numerous requests are deemed ineligible.

Examples they provided include:

• The FCC states that a proposed collocation would constitute a substantial change to a tower, and therefore be ineligible for the protections if “[i]t would defeat the concealment elements of the eligible support structure.” Some localities are interpreting the term “concealment elements” very broadly and claim that virtually any change to a structure – such as changes to the height or color of a structure – directly impacts concealment and therefore are outside the scope of the FCC’s requirements.

• WIA said some communities are claiming that small radios, amplifiers, and other equipment attached to a tower or small cell node constitute equipment cabinets, and then they deny relief because the proposal would result in more than four equipment cabinets which, in their view, would constitute a substantial change under their interpretation of the current rule. Other jurisdictions claim that the installation of a generator or a backup generator is not an EFR and any collocation proposal that includes a generator constitutes a substantial change.

• Some localities, WIA said, despite the Commission’s prior pronouncement that legal, nonconforming structures are eligible for Section 6409(a) relief, continue to claim that any change to such structures constitutes “substantial changes,” making them ineligible under unless the structures are modified to come into compliance with new code requirements enacted after the structures were erected, or some localities refuse to accept an EFR until all aspects of a site or property are brought into compliance.

• Communities also deny requests for Section 6409(a) treatment because “blight,” such as graffiti or other issues unrelated to the applicant’s proposed facilities, prevents consideration of an EFR or otherwise constitutes a substantial change in the originally approved structure, making it ineligible for collocation.