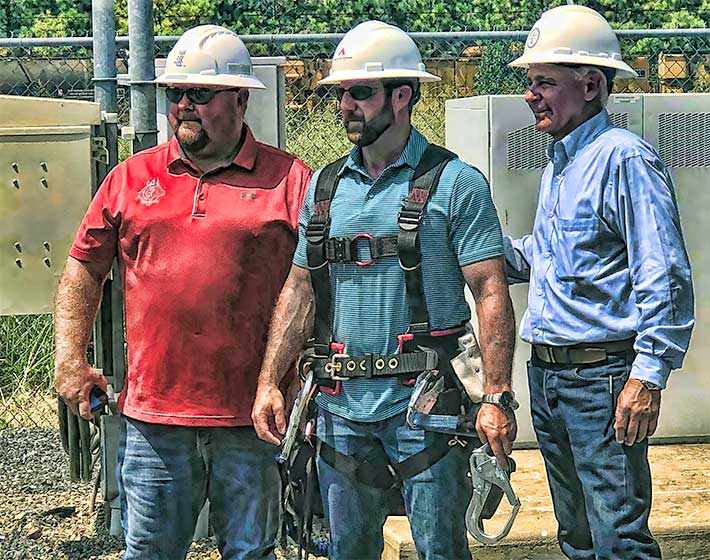 FIT AND GETTING FITTED UP FOR CLIMBING — Jimmy Harbin of EasTex Tower, LLC, (left) along with Randy Scott, a member of the NATE Board of Directors from Texoma Contracting, Inc., set Congressman Markwayne Mullin up with a climbing harness. Mullin was given a cook’s tour of an American Tower self-supporting structure in his Oklahoma Congressional District. Mullin, a former professional martial arts fighter, is battling to bring broadband to rural America.

On Monday, U.S. Congressman Markwayne Mullin (R-OK) conducted a site visit to a communications tower located in Muskogee, Oklahoma. The tour was facilitated by representatives from the National Association of Tower Erectors (NATE), the Association’s Wireless Industry Network (WIN) and American Tower Corporation. The site visit was held at an American Tower-owned self-supporting cell tower site that is located in Mullin’s 2nd Congressional District. 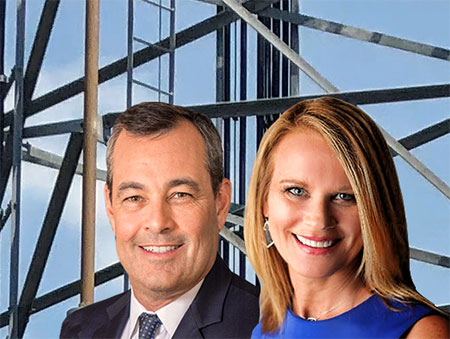 Christy Hall from Texoma Contracting, Inc. said it was an honor to host Congressman Mullin and emphasized that the industry appreciates his leadership. NATE has 29 member-companies in Oklahoma. Bud Noel, Senior V.P. of Operations, U.S. Tower Division, American Tower, also thanked Mullin for his leadership in legislation that will benefit rural America.

Mullin is a member of the influential House Energy and Commerce Committee where he has championed important communications and workforce development legislation.

The tour was designed to highlight the prominent role that telecommunications technicians and wireless infrastructure providers are playing in the country’s efforts to provide ubiquitous broadband coverage and ultimately win the global race to 5G.  The event also provided a valuable platform to generate momentum for the bipartisan Communications Jobs Training Act of 2019 legislation that has been introduced in the 116th Congress by Mullin and Congressman Dave Loebsack (D-IA).

During the event, Mullin participated in a tour of the site and received information on the multi-carrier tenet network equipment that is installed on the tower. The Congressman also visited with the NATE and American Tower representatives present about the work that is conducted on a daily basis building, maintaining and deploying communications tower sites and related wireless infrastructure.

Mullin was also provided with a unique opportunity to experience wearing a harness and the personal protective equipment gear that technicians utilize to carry out their jobs in a safe and efficient manner.

Also during the tour, NATE member company B+T Group conducted a drone flight demonstration for Mullin in order to highlight the enhanced role that unmanned aerial systems technology is playing at communication sites around the country.

“The Second District of Oklahoma is the only congressional district in the country where broadband is available to less than half the population,” Mullin said. “We must work to ensure rural areas are not stranded and that rural Americans are not left behind in the Internet economy. I appreciate NATE, WIN and American Tower Corporation facilitating the tour today so I could see firsthand the role wireless infrastructure plays in expanding broadband to the communities I serve.”

In May, Mullin and Congressman Collin Peterson (D-MN) introduced the Rural Broadband Network Advancement (RBNA) Act, which would invest in expanding broadband access in rural areas. 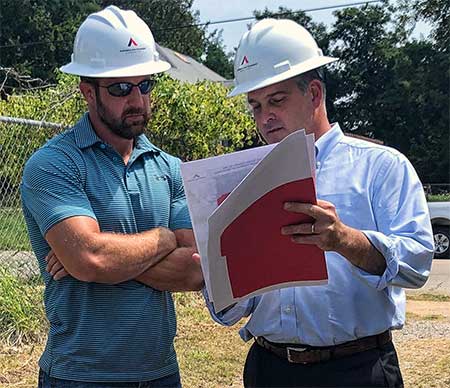 Congressman Mullin, a Native American Indian, who is concerned about poor broadband service in his district, visits with Michael Queenan from American Tower Corp. during the tower site tour. Whereas some politicians may have a difficult time grasping what is required to erect a tower, Mullin, with a degree in construction technology, understands many of the exacting disciplines required for tower construction and building out the nation’s wireless infrastructure.

“It was an honor to host Congressman Mullin at the Muskogee tower site,” stated NATE WIN Oklahoma Liaison Christy Hall from Texoma Contracting, Inc. “On behalf of NATE’s seven member companies in the 2nd Congressional District and twenty-nine member companies in the state of Oklahoma, we appreciate the leadership role Rep. Mullin is playing in Congress to promote workforce development and support policies that serve to streamline industry regulations that our critical to help the United States maintain our position as the global leader in 5G,” added Hall.

“We appreciate the opportunity to host Congressman Mullin, along with representatives from NATE and WIN at one of our tower sites in Muskogee,” said Bud Noel, Senior Vice President of Operations, U.S. Tower Division, American Tower.  “As demand for better nationwide connectivity grows, we continue to work with our customers to support their transition to 5G and to partner with organizations such as NATE and WIN that are helping drive wireless industry development across the country. We thank the Congressman for his work on this legislation.” 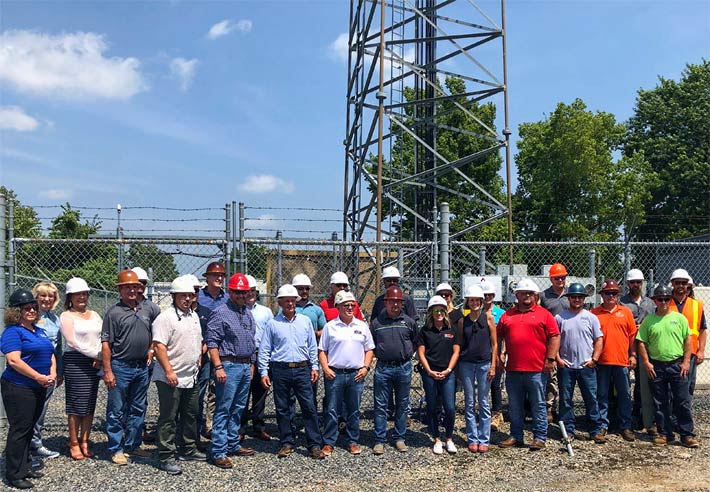