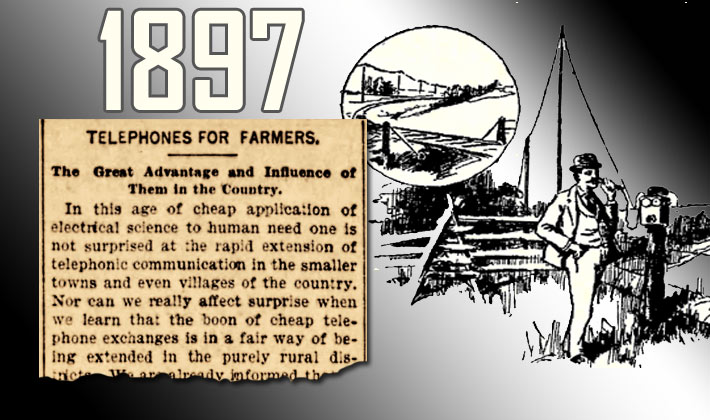 FCC Commissioner Brendan Carr, the agency’s point man for encouraging why and how the country should unite in order for the US to become the world’s leader in rolling out 5G, retweeted a 122- year-old article (below) from The Daily Northwestern lamenting phone dependency, a “disease from which friends or those afflicted suffer.”

Fast-forward to 2020 and the irony of the article describes present day concerns about public phone conversations.

But what folks most likely missed was an additional Oct. 8, 1897 article in the Oshkosh, Wisc. newspaper that explored the need for farmers in rural areas to have telephone coverage.

If you changed ‘telephone’ to ‘broadband’ it would be reminiscent of so many of Commissioner Carr and FCC Chairman Ajit Pai’s presentations extolling the need for rural America to receive adequate broadband service for similar reasons.

It’s unlikely, however, that any Commissioner will agree that the lack of broadband “is probably responsible for more dwarfed womanhood than any other single cause.”

When the article was published, it extolled a Kansas plan that used barbed wire fences to deliver telephone service.

In 1887, all costs were primarily the same in Kansas – first or last mile – and easy to string without approvals, hearings and ‘hollering’. You could build 30 miles of a barbed wire telephone line for approximately $200 – today’s cost with inflation, $4,400.

The cost of equipment for each house was approximately $10, the equivalent value today being $222, or about 15% of the cost of a 256GB iPhone SX Max. 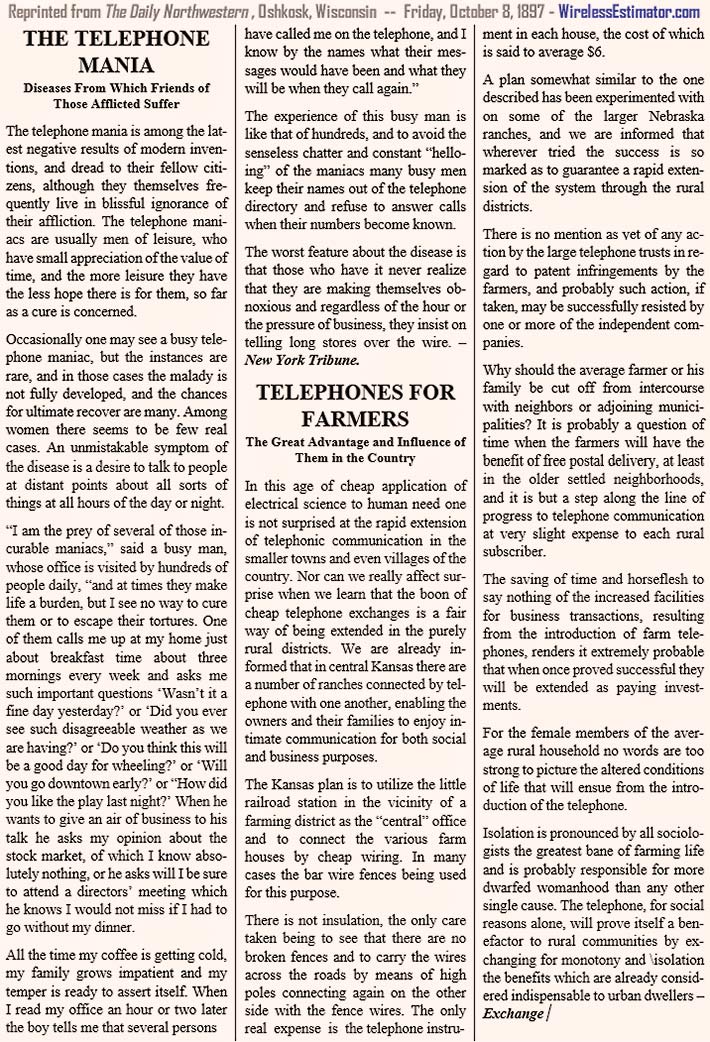