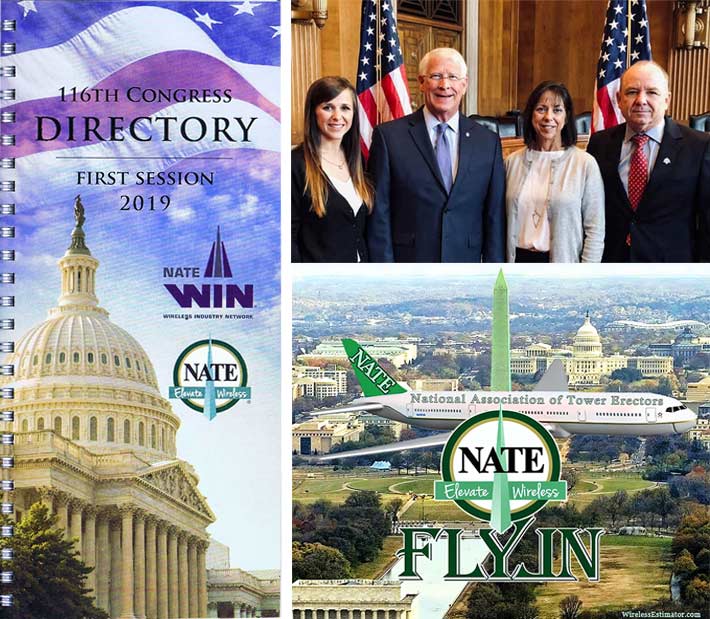 Mississippi Senator Roger Wicker, second from left, met with Jordyn Ladner, Tonia Miller and NATE Chairman Jimmy Miller during this week’s NATE Washington D.C. Fly-In. NATE provided its attending members with a comprehensive 190-page booklet detailing who’s who in Washington to assist them in their advocacy initiatives during the two-day event – reportedly a first in the scope  of attendance and meetings with legislators undertaken  by any wireless industry association.

With new members of the 116th Congress having had the opportunity to settle in, NATE members reached out to them as well as seasoned legislators to inform them of their company’s efforts and roadblocks in building out 5G as well as maintaining the nation’s communications networks.

Prior to being selected to lead the organization, Schlekeway was a former state senator in the South Dakota legislature from 2009 to 2013, and had previously served as a district representative.

His legislative experience convinced him that politics are local and due to the extensive footprint of NATE’s membership, the association’s companies are capable of having a tremendous impact on their respective congressional delegations.

And they did, having very effective discussions with key representatives and senators.

A well-attended closing reception was held in the U.S. Senate Dirksen Office Building this evening.