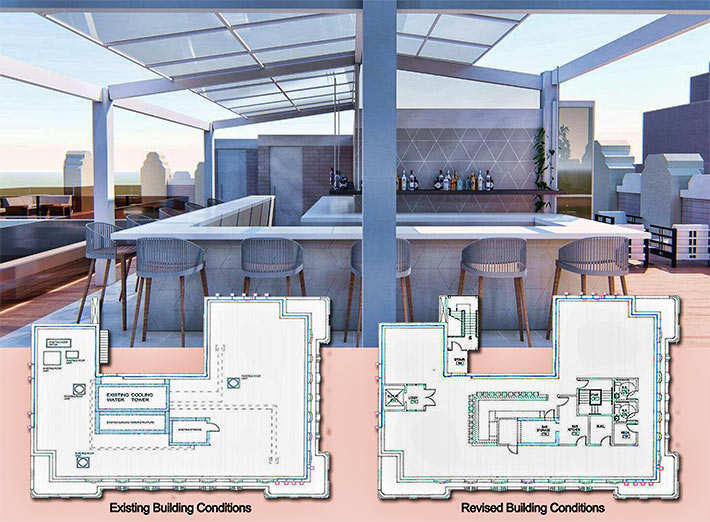 A company with rooftop lease rights argued that a bar being placed on top of the historic Fort Worth, Texas Sinclair building conversion to a luxury hotel would create future service problems for any new communications tenants. The building’s owner claimed that the bar would present no more RF interference than the water chiller and other equipment it replaced. 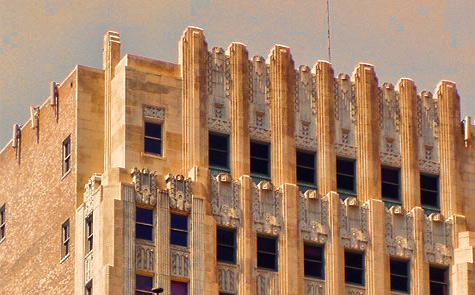 Ulysses argued that the new rooftop watering hole could put a hole in AT&T’s coverage and possibly 911 services. Court testimony disproved that assertion.

The Court of Appeals of the Second District of Texas at Fort Worth has upheld the ditching of an injunction caused by a wireless leasing dispute that blocked the owner of the historic Fort Worth Sinclair building’s rooftop renovation that included a bar for the reconverted office building that will open next month as a luxury Marriott Art Deco hotel.

Sinclair Holdings, LLC owns the 90-year-old 16-story building in downtown Fort Worth on which it has spent tens of millions of dollars on renovations to transform the building into a hotel.

However, Ulysses Asset Sub I, LLC held an easement that allowed its lessees to collocate on the roof, and the company sued Sinclair, stating that their construction plans would interfere with their rights to utilize the roof and it could disrupt the ability of the existing AT&T antennas to transmit emergency calls.

Both parties agreed to a temporary injunction that permitted certain construction activities on the roof to go forward but prohibited the construction of a rooftop bar.

Sinclair moved to dissolve the injunction and the 352nd District Court conducted an evidentiary hearing and found that circumstances existing at the time of the temporary injunction had changed, and dissolved it.

In 2018, Sinclair negotiated with Ulysses and proposed relocating AT&T’s equipment so that Sinclair could construct the rooftop bar. Ulysses rejected the proposal, citing various sections of the easement agreement. Sinclair responded by informing Ulysses that it was going to shut down power to the Sinclair building and proceed with construction anyway. Ulysses sent Sinclair a letter stating that this action would constitute a breach of the agreement.

Sinclair informed the court that since the temporary injunction was issued, Sinclair was able to examine Ulysses’ lease more carefully and found that the document stated that AT&T could be the only wireless provider whose equipment could be on the roof until 2032, at the earliest.

AT&T’s antennas were relocated by a contractor after the temporary injunction was entered, and units powering the antennas had also been moved with the approval of AT&T and the service was fully operational as it was when the carrier first installed them in 1996.

Sinclair also identified that a massive chill water cooler and other mechanical equipment had been previously in place when AT&T first located their antennas and neither AT&T nor Ulysses had ever complained about the equipment on the roof.

That equipment, Sinclair said, was removed and the bar is now in its place, and it “left the roof no more crowded with structures than it had been historically”.

The trial court signed an order dissolving the temporary injunction. Ulysses appealed, but the appellate court said that the court’s action did not constitute “a clear abuse of discretion.”

In its ruling, the court said, “A final trial may produce the result that the rooftop bar conflicts with Ulysses’ easement rights and Sinclair acknowledged that a final decision, in this case, might go against it and require removal of the bar. That is Sinclair’s gamble,” but the trial court did not abuse its discretion by dissolving the temporary injunction, the appellate court said.