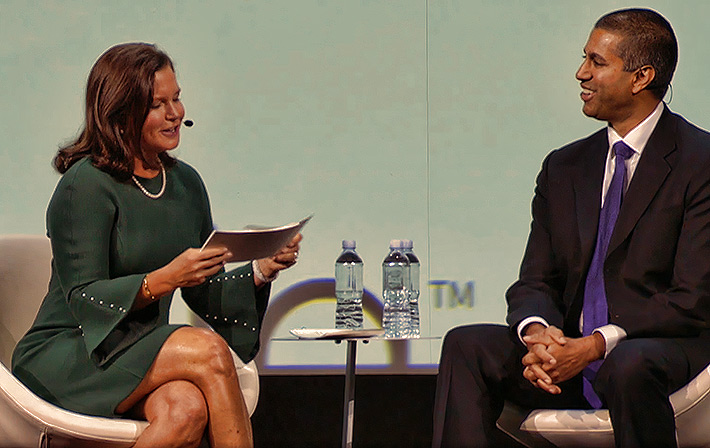 Former FCC Commissioner and current CTIA CEO Meredith Atwell Baker said during yesterday’s opening keynote at MWC Los Angeles that the U.S.  has the first and fastest 5G networks in the world, reveling in the knowledge that “innovators now have a platform to create on,” with innovations that will move quickly from the lab to users’ lives in no time.

“Two years ago we saw a 5G prototype here in Los Angeles. Now, I’m walking the streets of Washington with a 5G mobile phone in my pocket,” said Baker. 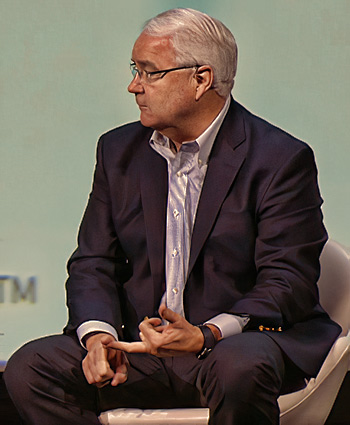 US Cellular President and CEO Kenneth Myers, who also serves as CTIA’s chairman, agreed with innovators taking a major role in 5G as he was interviewed by Baker.

“This industry has been phenomenally successful every time it has made a technology change. Everyone talked about the original estimates; maybe a million people will use this service some day. And every time we talk about something, it’s been faster, bigger. None of us saw what was going to come from the big change from three to four [G},” Myers said.

“The second thing is as this industry is growing it has created this ecosystem around it. It is so big. People are waiting to leverage what we have put out there. And today, this room is filled with all of these innovators waiting for that capability.”

“I see the third thing as competition. This is about the most competitive industry I’ve ever seen, and so we are all ready to put 5G out there to serve our customers better, to differentiate, and to enable tomorrow.” Myers said.

Although U.S. Cellular 5G deployment will use the carrier’s 600 MHz spectrum, they plan to install millimeter wave transmitters on macro towers and small cells, but Myers noted that there’s a pressing need for more spectrum, specifically in the mid bands.

Myers said the last time he had a similar interview with Baker, he said, “We need spectrum, spectrum. What I really should have said is we need mid band, mid band, mid band. We need a lot of it and we need it as soon as possible.”

He said you can’t get the get the coverage out of millimeter that is needed for carriers to cover large areas of America.

FCC Chairman Ajit Pai, in a separate interview with Baker, also emphasized the need for low, mid, and high-band spectrum.

“We’re going to be holding an auction of the 3.5 GHz band on June 25. We’re also looking to develop the 2.5 GHz band, which is the largest contiguous swath of spectrum in the United States that’s largely unused west of the Mississippi,” he said.

“Mid band I think is especially prized, of course, for its combination of coverage and capacity.” he emphasized.