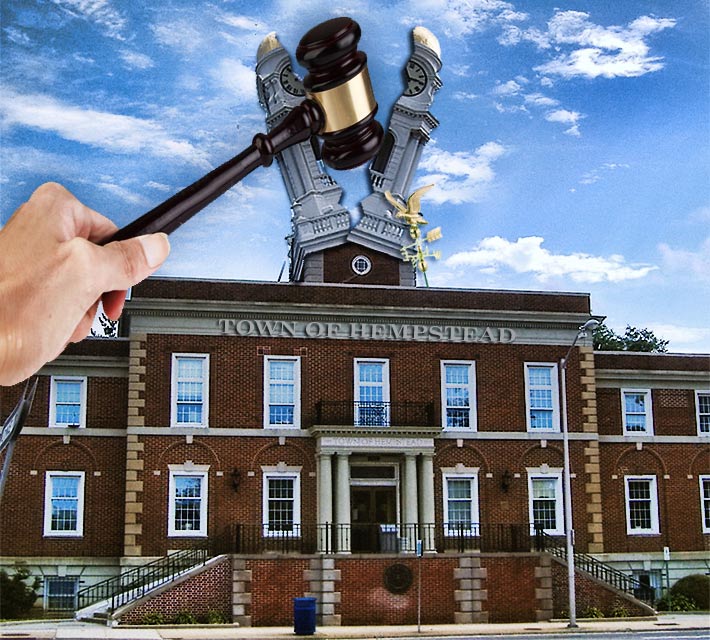 In its lawsuit, Crown Castle is alleging that the Town of Hempstead, N.Y. doesn’t have the right to rip down 152 of the company’s nodes beginning July 6, 2019, and is asking for an injunction

Crown Castle filed an action in the U.S. District Court for the Eastern District of New York against the Town of Hempstead on June 28, 2019, after officials terminated a license agreement and demanded that Crown Castle remove all of its 152 facilities from the town’s rights-of-way (ROW).

Crown is seeking a temporary restraining order and preliminary injunction against Hempstead’s threat that if Crown didn’t remove the structures by July 6, 2019, that the town would remove them. In a July 2, 2019 court order, the town was given until July 17 to identify why they should not be prevented from removing Crown Castle’s equipment..

In its filing, Crown said that it was granted a Certificate of Public Convenience and Necessity (CPCN) by the New York Public Service Commission and it has a license agreement to construct and deploy small cell nodes within the town’s ROW.

The town sent Crown a termination letter on May 29, 2019 informing them that the nodes shall be removed, otherwise “the Town shall perform or cause to be performed all reasonable and necessary work to remove said Equipment and to charge Crown Castle NG East LLC for the cost incurred by the Town to remove the Equipment.”

Crown said the town, the 16th largest population in the country with over 768,000 residents, never notified it of any alleged default.

Crown said despite repeated attempts to negotiate the terms of a new agreement, the town has been unresponsive and unwilling to do so.

Crown claims that the town is using the termination as a pretext to negotiate a new license agreement with more favorable terms for the town.

“By preventing Crown Castle from operating, maintaining, or modifying its existing Facilities; completing its work to make Sprint’s nodes operational; and installing future Facilities in the Town ROW, Verizon Wireless’s, T-Mobile’s, and Sprint’s current and future customers, as well as the public at large, are significantly harmed by the Town’s unlawful conduct,” Crown said in its complaint.

Crown said that the town has breached their agreement and is also in violation of the FCC’s Declaratory Ruling and Third Report and Order.

The lawsuit says Crown, its customers, and the public-at-large will suffer “irreparable harm” if the injunction isn’t granted.

Crown and the town are no strangers to the U.S. Eastern District Court. In 2017, Crown brought suit against the town for alleged violations of the FCC’s shot clock requirements. A motion by Crown for summary judgment and a cross-motion by the town were denied and those decisions are currently being appealed.