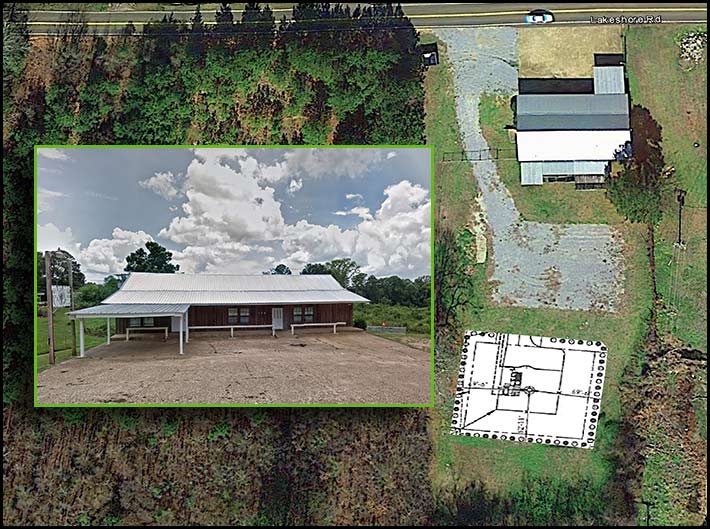 Jackson, Mississippi Zoning and Planning Boards gave two thumbs up for a monopole behind the letter carrier’s local union building. But city council members said no after an unsupported show of concern about RF by one resident

Verizon Wireless was barred from erecting a sorely-needed cell tower in the southern part of Jackson, Mississippi, after a single resident raised concerns about RF dangers and the aesthetic value of a 150-foot monopole, according to a lawsuit filed by Verizon against the Jackson City Council for violating the Telecommunications Act of 1996 (TCA).

In the complaint, Verizon said that there were no communications towers to collocate upon in the area it needed to be other than a city-owned site that would not provide the coverage.

The carrier selected a site at the rear of an acre of land on Lakeshore Road that Jackson’s zoning administrator approved.

Then the city’s planning board held a hearing and voted 6 to 3 to recommend approval of the application for use permit because Verizon met all of the city’s requirements.

On September 16, 2019, the city set a public hearing on the application with the city council and Verizon addressed all of the grounds for considering the application and provided considerable documentation supporting the granting of the permit.

During the hearing it appeared that the location would be approved since there was no evidence presented in opposition to the application or to Verizon’s presentation.

A single local resident, Claude McCants, a former city employee, gave subjective and unsubstantiated opinions about RF emissions and the impact the site will have on the landscape. However, McCants did not introduce any evidence at the hearing.

The city council then voted 3 to 1 to deny the application and the formal denial provided no reason or evidence. It simply said, “The City Council was of the opinion that the criteria for granting the Use Permit had not been met.”