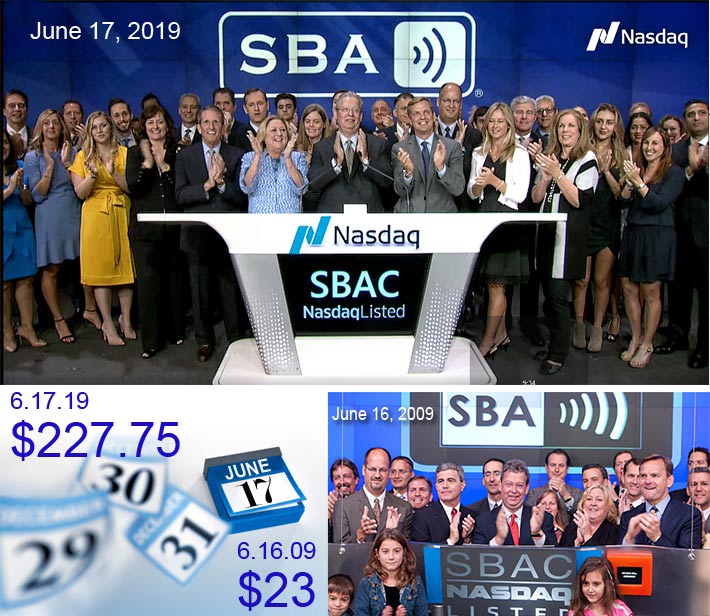 Jeffrey Stoops, President and Chief Executive Officer of SBA Communications Corporation, presided over the opening bell ceremony on June 17 at the NASDAQ stock exchange in recognition of the company’s 20th year of being listed.

In 2009, Stoops, family and company employees celebrated their 10th year as a publicly traded company by opening NASDAQ trading. Their stock at that time traded at $23.

Ten years earlier, you could have bought the stock at $8.13 when 5.72 million shares were traded. Yesterday’s volume was double that amount.

SBA is the third largest owner and operator of wireless communications infrastructures publicly traded company in the U.S.