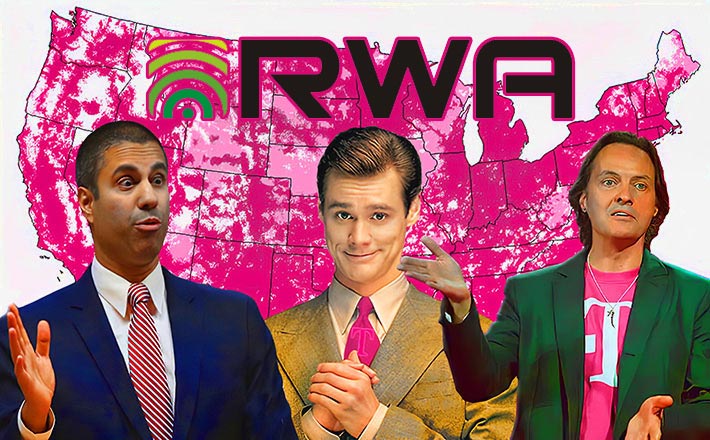 T-Mobile is requesting that the FCC ignore the Rural Wireless Association ‘s “false” accusations regarding their coverage maps.

T-Mobile has informed the FCC that the Rural Wireless Association (RWA) has been falsely accusing the carrier of falsifying its 4G coverage maps and is not following the procedures the FCC adopted for challenging areas ineligible for Mobility Fund Phase ll funding.

In correspondence to the FCC, T-Mobile said that the RWA “did not follow the rules for submitting a challenge and its complaint must be dismissed.”

T-Mobile said RWA’s latest claims reference a report from the Vermont Department of Public Service regarding mobile wireless coverage in the state, and although it offers a helpful illustration of Vermonters’ lack of access to mobile broadband service, it does not meet the criteria for a MF-ll challenge, and “does not support RWA’s allegations of fraud.”

In the meantime, T-Mobile is facing another storm front as hundreds of city leaders belonging to Next Century Cities became the newest member of the 4Competion Coalition yesterday, adding their names to the growing alliance of industry stakeholders that are against the T-Mobile/Sprint merger.

The organization supports mayors and community leaders across the nation to ensure that their residents are able to get fast, affordable and reliable internet access. They have approximately 200 cities as members.

“It is a core principle of Next Century Cities that all communities, residents, and businesses should have a meaningful choice in broadband providers,” said Deb Socia, NCC Executive Director. “We are happy to join the 4Competition Coalition in working to ensure a vibrant and diverse marketplace,” Socia said in a statement provided to Wireless Estimator.

RWA is also a member of the 4Competition Coalition.