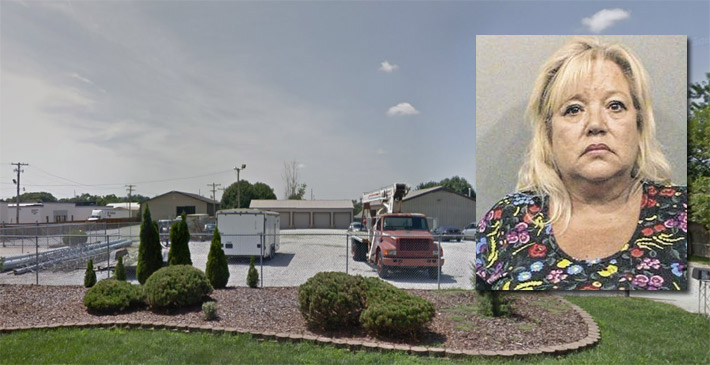 Tonia Cherry, 52, was arrested last Wednesday for fraudulently taking approximately $136,000 from her employer, an Indiana erector with approximately 10 employees

Tower construction is difficult enough to maintain a profit without your bookkeeper dipping into the till.

When the owner of Tower Service and Manufacturing in Greenwood, Ind. went to his bank in April of 2018 to transfer $4,000 from his business checking account he was told that he didn’t have enough funds to complete the transaction. Not so, he knew, because when he last checked his account there was more than $50,000 in it.

However, when he reviewed the account, and dug deeper, he found that his trusted bookkeeper of almost three years had been using numerous methods to steal almost $136,000.

He immediately let her go after he contacted authorities and police spent almost a year investigating the case, arresting Tonia Cherry, 52, of Indianapolis on Wednesday, charging her with two counts of theft and a count of fraud, all Level 6 felonies that could result in seven and a half years in jail.

Police said bank statements and surveillance videos show her using the money stolen from the company that was established in 1985 at a casino and liquor store, making personal credit card payments, and buying gas and other items with a company credit card, according to a probable cause affidavit filed July 16 in Johnson County Superior Court.

Cherry is accused of making 256 unauthorized withdrawals totaling $77,622 from her employer’s bank account and making 88 personal credit card payments in the amount of $58,139 using money from a business bank account.

Withdraws totaling 139 were made at Indiana Grand Racing and Casino in Shelbyville. Cherry had used her casino player card around the time the ATM withdrawals were made, according to court documents.