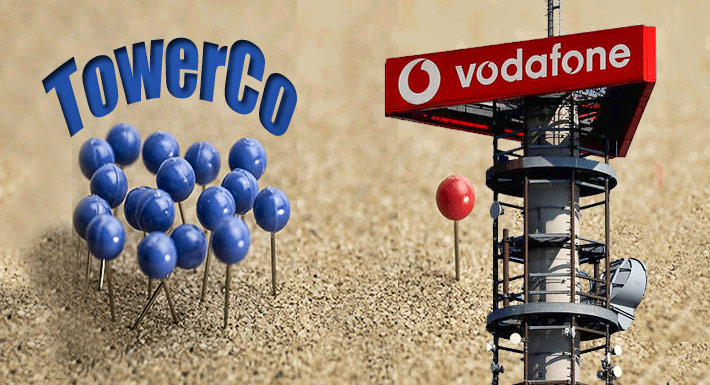 Vodafone Group is spinning off its European tower business into a separate company named TowerCo, which will provide 61,700 towers in 10 countries, with the majority of its sites in Germany, Italy, Spain and the UK.

The company said today that its likely it will price TowerCo for an IPO within the next 18 months.

Nick Read, CEO of Vodafone, said in a statement, “Building on our position as Europe’s largest converged operator, we are now creating Europe’s largest tower company. Given the scale and quality of our infrastructure, we believe there is a substantial opportunity to unlock value for shareholders while capturing the significant industrial benefits of network sharing for the digital society. We are focused on executing this strategic priority over the next 18 months.”

The company also announced today that it had finalized a network sharing partnership with Telecom Italia.

Vodafone is looking to further its network-sharing agreements in major European markets in anticipation of any sale of tower assets or a possible IPO.

Vodafone said that the new entity could generate annual revenue and EBITDA of around billion $1.89 billion and $1 billion, respectively.

TowerCo name is taken in the U.S.
Vodafone’s spin off currently has a U.S. counterpart in namesake only. Cary-North Carolina-based TowerCo, currently has approximately 187 towers, according to Wireless Estimator’s Top 100 Tower Companies list, although the company on its website says it has 1,100 towers available for colocation.

TowerCo sold its portfolio of 3,252 towers in 2012 to SBA Communications. In 2016 it sold 253 towers to Grain Infrastructure ll, L.P. of Sarasota, Fla when Richard Byrne was the company’s CEO. Today, that position is held by Todd Boyer.