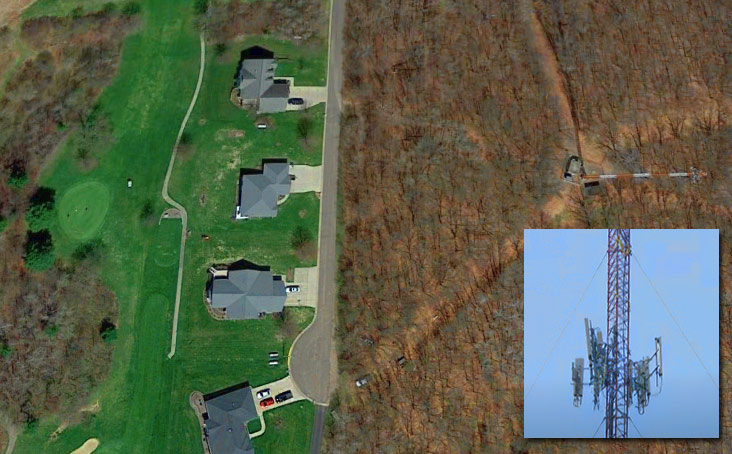 PROTECTING AGAINST A HOLE IN ONE’S ROOF – Bloomer, Wisconsin residents were evacuated from their golf course view homes Thursday evening when authorities informed them that a nearby guyed tower could possibly collapse. The structure currently has one carrier tenant at approximately 470 feet.

Police in Bloomer, Wisconsin evacuated residents of eight homes on Thursday evening after authorities became concerned that a nearby tower could collapse, causing injury to those living in the immediate area.

It may still be another day or so until they are able to return. 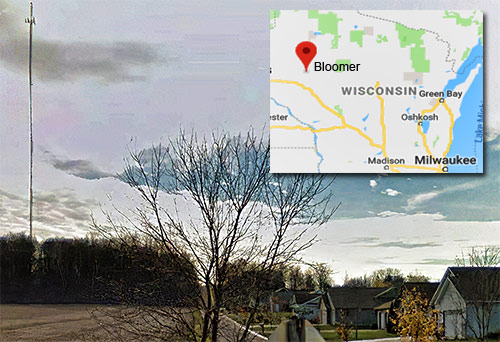 The 499-foot guyed tower, owned by InSite Towers LLC of Virginia, was constructed in 1969. InSite acquired the structure in 2009.

InSite COO Bob Johnson informed Wireless Estimator on Saturday that while a crew was collocating a new tenant that they noticed some structural concerns and contacted InSite.

Erring on the side of caution, InSite contacted authorities.

Johnson said that it is unclear at this point to what extent the tower sustained damage until a structural engineer can review and assess drone footage that was collected on Friday.

His initial assessment is that the tower can be repaired and it will not be necessary to drop the structure.

Johnson said that they have not yet selected the contractor that will rehabilitate the tower.

He believes that the Fairview Street residents will be able to return to their homes early this week.

Bloomer Memorial Golf Course closed five holes that were in the area at risk.

The structure’s integrity was put through a partial stress test on Friday evening when heavy storms rolled through Bloomer knocking down trees and power lines. High wind speeds were identified by Weather Underground for the area at 36 mile per hour.