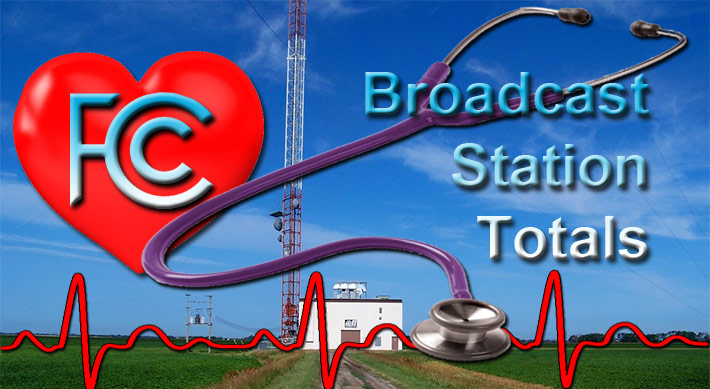 At the end of the third quarter, according to statistics just released by the FCC, AM and FM commercial stations continued to close their doors with 41 AM stations going out of business and 24 FM stations going silent in the past 12 months.

FM educational stations, however, boosted declining radio stations with a gain of 74.

The total of broadcast stations was down only 3 from the same period last year, largely assisted by the addition of 162 FM translators and boosters.

Translator stations are primarily not new stations but are stations that rebroadcast the signal of a broadcaster to provide service to areas in which direct reception is unsatisfactory due to distance or terrain barriers. 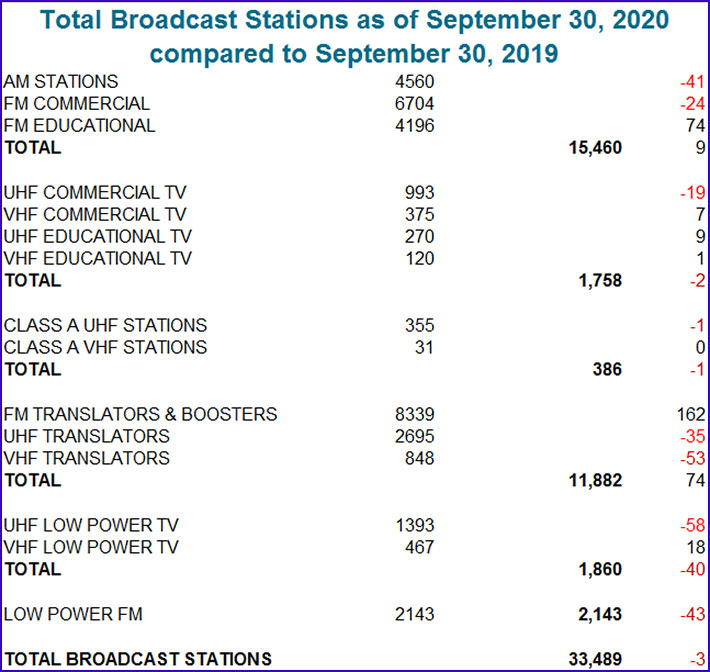