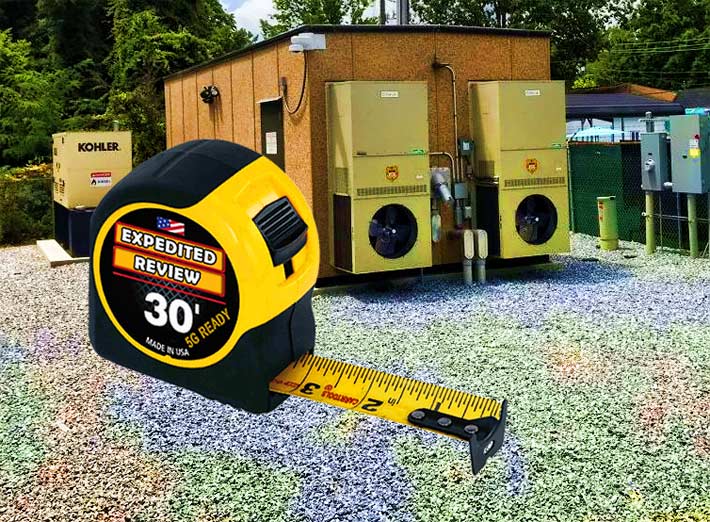 FCC Commissioner Brendan Carr is looking to streamline the review process for adding limited space for backup power, low-latency computing, and multiple providers to be housed at one site at the base of a tower. Expansions would be allowed up to 30 feet.

Update: September 6, 2020 — The FCC has released its 40-page draft of its plan to streamline review of requests to add limited space at the bottom of existing towers for backup power, low-latency computing, and multiple providers to be housed at one site.

September 5, 2020 — FCC Commissioner Brendan Carr announced this afternoon the next step in the FCC’s efforts to accelerate the buildout of wireless infrastructure. Carr unveiled a draft order that would provide for streamlined review of requests to add limited space at the bottom of existing towers for backup power, low-latency computing, and multiple providers to be housed at one site, among other uses.

The Commission will vote on the order at its next open meeting on October 27. In 2012, Congress passed a provision known as Section 6409 that aimed to expedite collocations—when a tower owner adds, removes, or switches out equipment on an existing tower. In 2014, the FCC wrote regulations to implement Section 6409 and provide guidance as to which collocations qualify for the expedited procedures.

The order Carr announced today makes clear that expansions of tower sites of up to 30 feet can qualify for Section 6409 treatment. “For more Americans to access resilient, powerful 5G, we need to cut the red tape that hampers work on tower sites,” said Carr. “Through this action, the FCC will expedite the private sector’s efforts to make towers more resilient and powerful—to provide backup power during natural disasters and to install the equipment that will make 5G fly.”

The current order follows up on Commission action in June that clarified other aspects of the Commission’s rules implementing Section 6409, including what equipment qualifies for expedited treatment, when the Section 6409 shot clock for local approval begins, and how to apply local governments’ aesthetic conditions. Those actions are part of the Commission’s three-year effort to modernize wireless infrastructure siting, an initiative led by Carr.