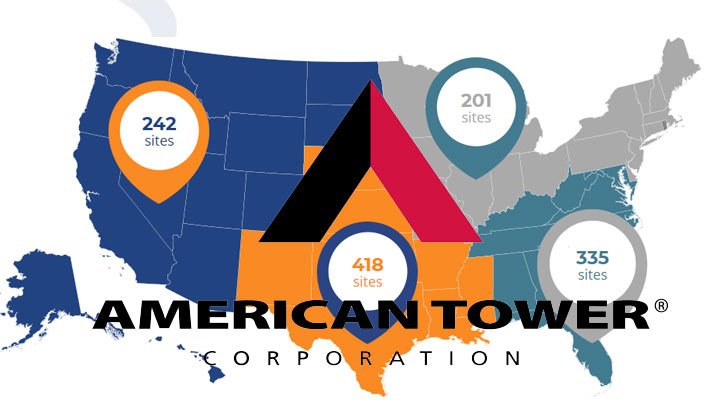 American Tower will pick up approximately 1,400 InSite Wireless Group’s towers in the U.S. and 200 structures in Canada in addition to DAS networks and other assets. (Tower Total Graphic: InSite Wireless’ web site)

American Tower Corporation this morning announced that it has entered into a definitive agreement to acquire InSite Wireless Group, LLC (InSite), which owns, operates and manages approximately 3,000 communications sites, primarily in the U.S. and Canada.

The total consideration for the transaction, including cash acquired and the Company’s assumption and/or repayment of InSite debt at closing, is approximately $3.5 billion, subject to customary closing adjustments.

Tom Bartlett, American Tower’s Chief Executive Officer stated, “This transaction augments our foundational U.S. business through the addition of a well-run, high-quality, complementary, macro-tower focused portfolio, while also marking our entry into Canada. We believe that these assets are positioned to enhance our organic growth and cash flow trajectory in the future as 5G deployments accelerate and densification initiatives progress.”

“Nearly two decades ago, we set a goal to build a leader in wireless communications by providing critical infrastructure to wireless carriers and other customers,” said David E. Weisman, co-founder and CEO of InSite. “On behalf of InSite, I want to thank our customers, employees, and investors for their support and partnership over the years in building InSite into where it is today. We believe the acquisition of InSite by American Tower will result in even greater benefits for our customers.”