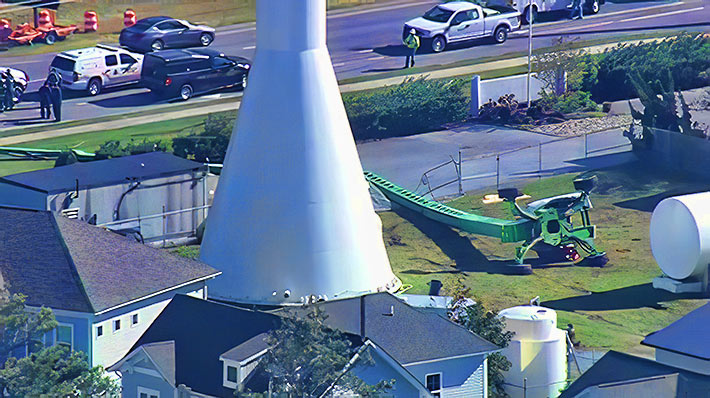 Two tower techs were killed when their man lift toppled over onto electrical lines in Bethany Beach, Delaware

UPDATE: November 4, 2020 — Two men, who were killed attempting to install antennas onto a water tower near Bethany Beach in high winds, have been identified. Delaware State Police said 23-year-old Jovan Maldonado and 22-year-old Bryan Maldonado Andino, both from Puerto Rico, were in a Z135 Man Lift working to put antennas for the Velex, Inc. on the Sussex Shores water tower just of the Southbound side of Delaware Route 1, approaching Fred Hudson Road.

This remains an active and ongoing investigation. Division of Forensic Science and US Occupational Safety & Health (OSHA) are assisting with the investigation. Anyone with information should contact Detective P. Hailey with Delaware State Police Troop 4 Criminal Investigative Unit by calling 302-752-3810 or emailing Kimberly.Haley@delaware.gov. 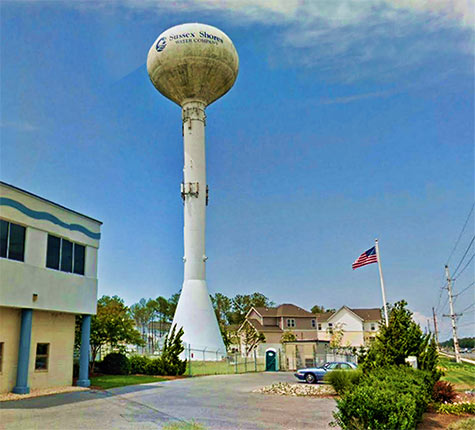 The man lift fell onto electrical lines alongside Coastal Highway (Route 1). T-Mobile and and AT&T are reportedly tenants on the pedisphere water tower. — Google image

According to Superintendent Colonel Melissa Zebley of the Delaware State Police, the men were employed by Velex and were approximately 120 feet off the ground when a strong wind caused the lift to tip over and become tangled in the surrounding electrical wires as it fell to the ground.

According to weather data at around 10:30 a.m. when the accident occurred, the wind speed was approximately 23 m.p.h. with higher gusts. A wind advisory for up to 50 m.p.h. gusts was in effect in coastal Sussex County at the time of the accident. Gust were reported inland as high as 39 m.p.h.

Both individuals were pronounced dead at the scene.

Authorities would not release the names of the men until their next of kin are notified, but said that the both men, one 22 and the other 23 years of age, were from Puerto Rico.

Velex’s client was not identified by Zebley, but the pedisphere tower reportedly has T-Mobile and AT&T as tenants on the structure.

The Genie Z135 articulating booms man lift has a 141-foot working height and will allow for a 600-pound load.

Wireless Estimator will provide further details as they become known.