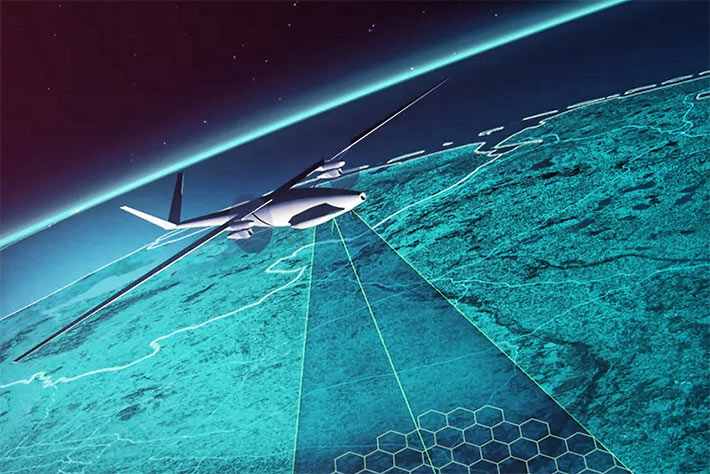 The zero-emissions aircraft would be powered by liquid hydrogen fuel cells and capable of staying aloft for up to nine days. SPL is developing a high-altitude platform and communication system that can operate in the stratosphere to bring affordable, fast connectivity to every corner of the world.

Cambridge Consultants has announced a stratospheric breakthrough, revealing its role in a visionary program to realize the dream of superfast 5G for everyone and everything across the globe. 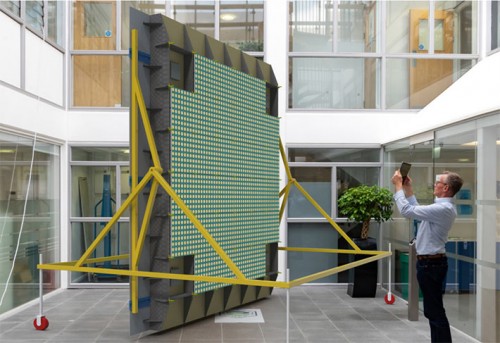 The full-scale antenna will take flight at almost 10 square feet and deliver quite extraordinary mobile broadband speeds – beaming high performance 5G over vast geographies and to exceptionally targeted areas from an altitude of 66,000 feet.

Working in collaboration with Stratospheric Platforms Limited (SPL), Cambridge Consultants’ remarkable technical achievement is a wireless antenna unlike anything seen before, delivering affordable connectivity from a fleet of zero emissions aircraft, airborne at an altitude of 66,000 feet for more than a week.

Operating at a fraction of the cost of building and maintaining terrestrial infrastructure, and with minimal environmental impact due to its zero-emission hydrogen power system, such a fleet could rewrite the economics of mobile broadband, Cambridge said in their press release

With the proof of concept now complete, the ultimate antenna is set to be powerful, huge, and yet lightweight. At almost 10 square feet and weighing just 265 pounds, it will take flight to become what’s expected to be the world’s largest commercial airborne communications antenna.

The proof of concept antenna is the culmination of a four-year project with UK-based start-up SPL.

Also headquartered in Cambridge, UK, SPL is developing a High-Altitude Platform (HAP) and communication system operating in the stratosphere to bring affordable, fast connectivity to every corner of the world.

A single HAP will provide coverage over an area of up to 87 miles in diameter, equivalent to deploying hundreds of today’s terrestrial towers.

A fleet of around 60 HAPs could blanket the whole of the UK with connectivity, providing even geographic coverage of peak 5G speeds in excess of 100 Gbps.

With radically cheaper costs, this new platform has the potential to connect the unconnected in the developing world, to fill gaps in coverage across the developed world and to ensure rural areas aren’t left behind anywhere across the globe. In addition, the hydrogen power system creates a long endurance, low environmental impact aircraft, with low noise, zero CO2 and zero NOx emissions, Cambridge said.

Rollout of the first commercial service is anticipated to begin in Germany during 2024.