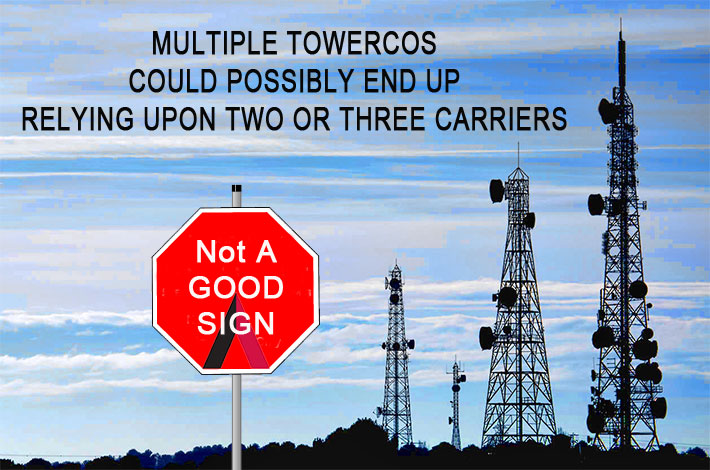 India, once the darling of tower companies looking to expand their international footprint, is not where towercos might want to be today with the potential for a considerable tenancy drop if Vodafone Idea collapses under the weight of government license fees totaling $6.2 billion that are due by January 23, 2020.

Vodafone Idea may not be able to pay the assessment since the company reportedly only has enough cash to fund operations for the next six months.

In late 2017, American Tower acquired Vodafone Idea’s 20,000 towers for $1.2 billion generating about $320 million in property revenue and $120 million in gross profits. But most of those profits could quickly evaporate after their master services agreement ends if Vodafone Idea throws in the towel. 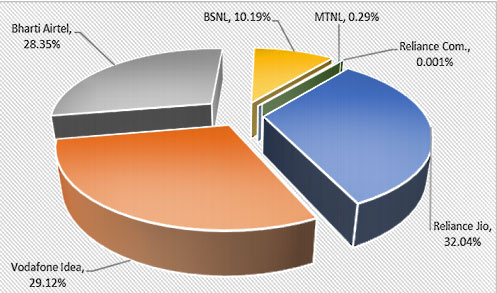 American Tower India owns or operates over 78,000 tower sites throughout the country.

The government fees are also putting a strain upon the country’s third-largest wireless carrier, Bharti Airtel, which owes $4.9 billion. Although they have the funds to pay the assessment, they’re currently seeking foreign investors to assist in funding the company’s capital expenses.

In a worst-case scenario, the loss of Vodafone Idea, and Bharti Airtel, according to some analysts, would create a duopoly that would not be able to support the country’s towercos.

Even though the towercos  have master service agreements to protect them with rental and exit clauses, there will likely be pressure placed upon them by the carriers to reduce their lease terms, especially for those agreements that are coming up for renewal.

In India, carriers pay taxes such as license fees and a spectrum usage charges (SUC) as a share of their revenue to the government.

It has been fought by carriers as being an onerous burden since 2003, but in October, the Supreme Court of India ruled in favor of the Department of Telecommunications upholding that a carrier’s entire revenue should be considered while imposing the license fee and SUC.

That decision could be the death knell for Vodafone Idea, whose dismal balance sheet cannot handle it, according to analysts.

Vodafone Idea is in a continuing spiral of subscriber cancellations. According to the Telecom Regulatory Authority of India’s most recent data released last week, Vodafone Idea lost 36.4 million subscribers in November as the country’s wireless subscribers dropped 2.43%

TR. Dua, Director General of the Tower and Infrastructure Providers Association (TAIPA) said that most telecom companies will be hugely affected financially due to the October decision which will also compromise the launch of upcoming new technologies including 5G.

Telecom Regulatory Authority of India Chairman Ram Sewak Sharma said Tuesday that India will no longer be behind the technology curve following the timely launch of 5G networks.

However, analysts join Dua in stating that the poor financial health of carriers will impede the launch of 5G.