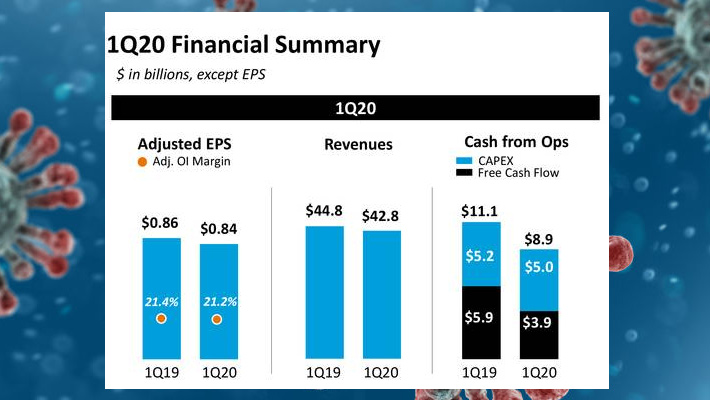 In its Q1 report, AT&T said it was impacted by the loss of roaming revenues and late fees

AT&T CEO Randall Stephenson, while discussing the carrier’s Q1 earnings with analysts yesterday said the company is still building FirstNet and enhancing their 5G network’s density, but he echoed the general concern of all carriers, their inability to get timely permitting for new projects.

AT&T COO John Stankey also noted that they were experiencing workforce shortages. He said AT&T expects to have nationwide coverage this summer and they continue to be opportunistic with their fiber build beyond the 14 million household locations they reach today

Stephenson said the economic impact of COVID-19 “has been swift and there is no consensus on how long this downturn lasts. A lot hinges on when and how we open things back up and when do we have sufficient testing and protocols in place, so people feel comfortable returning to work or school or even going shopping.”

“Bottom line, we have very little visibility into the broader economic situation, which makes it impractical to provide detailed financial guidance at this time.”

AT&T CFO John Stephens said in mobility, the most immediate impacts are the reduction of roaming revenues as well as a reduction in late fees.

“The waiving of late fees is a commitment to our customers during these difficult economic times and roaming should gradually increase as people start to travel more. The first quarter impact of these items was approximately $50 million, with virtually all of it in the second half of March,” Stephens said.

As a result of COVID-19 Stephens said that AT&T anticipates an increase in their bad debt expense across the various businesses, and accordingly, have recorded a $250 million incremental reserve in anticipation of non-payments.

Stephenson said that they were going to “scrub capital spending, very, very significantly,” but critical things such as the completion of the FirstNet build and 5G being nationwide this summer will continue as planned.

Acknowledging that it has been a “chaotic few weeks” due to the coronavirus, Stephenson said half of AT&T’s employees are now working from home. The company has also made an effort to provide more personal protection protocols and equipment and has given its employees an additional four weeks of paid time off for “COVID related needs.