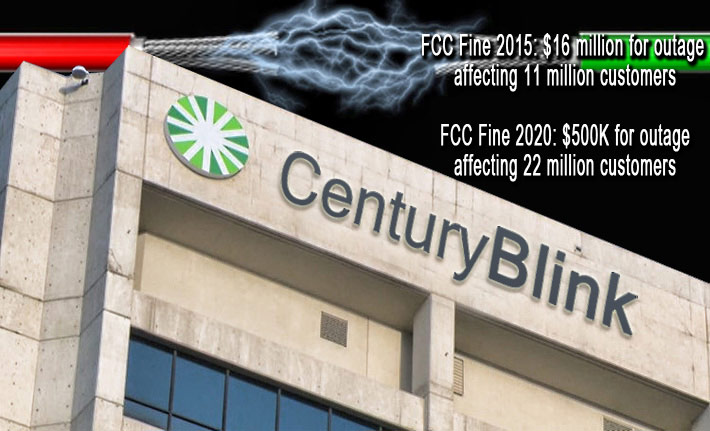 The FCC’s Enforcement Bureau has fined CenturyLink Inc. a half-million dollars for their December 27-28, 2018 multi-state outage caused by one of the company’s transport networks which, affected delivery of some 911 calls.

In August, 2019, the bureau in cooperation with the Public Safety and Homeland Security Bureau released a scathing report detailing the cause and impact of the nationwide network outage that occurred, along with recommendations to help prevent similar outages from occurring in the future.

The bureau did not identify how it calculated the fine, but said in the order, available here, that the consent decree and CenturyLink’s agreement to pay a $500,000 settlement resolves its investigation into the network failure.