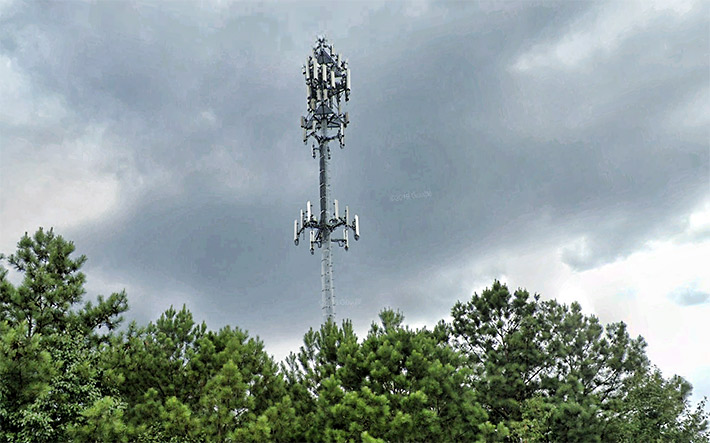 The monopole was deemed safe by the owner’s engineers after a small sinkhole opened up next to it. The structure  was not leaning and posing a danger to homeowners as reported by multiple news outlets

A Roswell, Georgia police official said last Thursday night that a tower that had a sinkhole 10 to 20-feet deep next to it put the structure at risk of falling and it appeared to him that it was leaning.

It was a delicious departure from coronavirus-related articles and the media ran with it.

But city officials said that the tower owner had engineers inspect it and they reported that they had no concerns that the 35-foot drilled pier foundation supporting the 180-foot monopole would fail.

Authorities were alerted to the approximately 10-foot sinkhole by a Georgia Power crew after they received a report of an outage to the tower just before midnight on Thursday.

The sinkhole took out part of a fence, a concrete pad and some utilities.

Even if the monopole sheared off at the baseplate and fell directly towards two nearby residences it would not have struck the homes. However, the residents were evacuated as a precaution.

On Friday morning the area was deemed safe and blocked roads were reopened.

Last month, city workers had to repair a small sinkhole off of Old Alabama Road about a mile and one-half from the monopole’s Eves Road location.