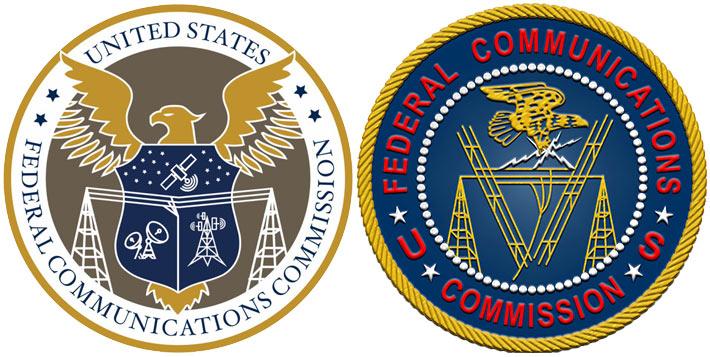 The new seal representing the new technologies under the FCC’s umbrella of responsibility, at left, will replace the gold and blue design that has been a hallmark of the agency

In anticipation of its upcoming move to Washington’s NoMa district, the Federal Communications Commission has adopted a new FCC Seal.  The redesigned seal is the product of an agency-wide contest that solicited proposals from Commission employees and contractors.  The winning design was submitted by Umasankar Arumugam and selected by a vote of the agency’s employees and contractors. 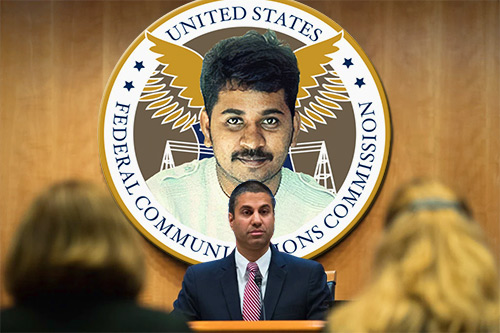 Umasankar Arumugam, Director at NCI Information Systems, designed the new seal, sans his portrait, that will be widely used throughout the agency. 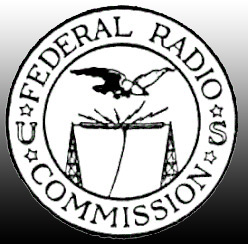 The Federal Radio Commission, which regulated U.S. radio communications from its creation in 1927, was succeeded by the Federal Communications Commission in 1934. Today’s new seal maintains the original four stars of the first seal.

Over the next few months, the FCC will incorporate the new seal on official stationery, business cards, publications, and other materials, including on its website and throughout its new headquarters on L Street.

The Commission will begin official use of this new seal after completion of the move from the Portals to its new headquarters.  The date of the move is to be determined and has been delayed due to COVID-19.

Engineers will be pleased with safer feed line design

The FCC seal has been incorrectly changed on headquarters signs, official government documents and the FCC’s web site over the years, capturing the ire of  engineers and graphic purists. 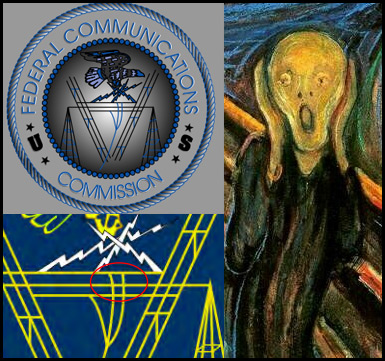 In the traditional FCC seal, the feed line splits and goes to all three horizontal antenna wires, but incorrect renditions have a wiring error with one wire getting two feed lines, resulting in a short that could possibly electrocute the eagle, incurring the wrath of the U.S. Fish and Wildlife Service.

It aroused widespread interest when it was discovered in 2011, but it has been incorrectly displayed at times since at least 1995, as seen in an FCC Report during Chairman Reed Hundt’s reign.