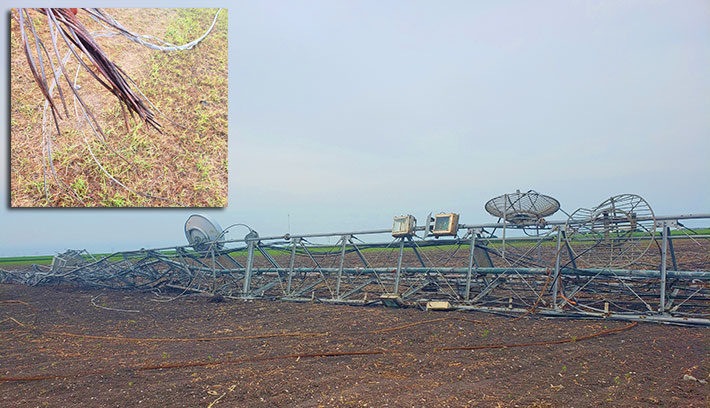 A 988-foot TV broadcast tower collapsed in Robstown, Texas yesterday morning as a result of a rusted guy wire that detached near its anchor. No tower techs or station personnel were on site when the structure failed. 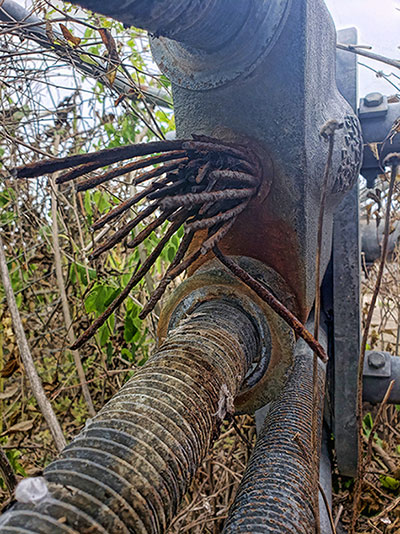 Any maintenance being performed on the structure where this guy wire provided support would have most likely caused the structure to collapse. Mother Nature yesterday may have saved some lives.

A transmitter building was slighting damaged on one corner after the guyed tower fell at approximately 8:30  a.m.

The tower is owned by Scripps Broadcasting and was constructed in 1988. Scripps acquired the tower in May of 2019 from KRIS Communications.

According to Weather Underground, at the time of the failure the wind speed was only at 25 mph with one gust of 43 mph

AT 12:37 p.m., KRIS-TV was informing their viewers that windy conditions affected their signal on various cable systems throughout the area and “our engineers are working diligently on the problem and hope to have a resolution soon that will result in the return of our coverage across the area.”

Later in the evening the station announced the tower’s collapse that caused them to lose their over the air signals for KRIS, CW, KDF, Grit and Court TV.

The tower was also used by an electrical utility, law enforcement and other agencies.

The Robstown tower was one of 11 structures singled out by the FCC earlier this year as having lighting issues when Scripps agreed to pay a $1.1 million penalty to settle an FCC investigation into the broadcaster’s malfunctioning TV tower lights used to alert nearby airplanes.