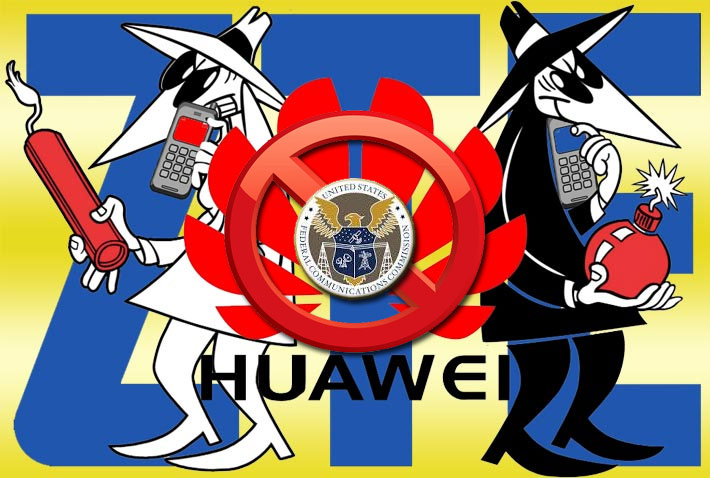 U.S. carriers cannot use the 8.3 billion a year Universal Service Fund to purchase, maintain or support any equipment or services from Huawei and ZTE. Critics have claimed that their networking equipment could be used by China for espionage.

The FCC has formally designated Huawei and ZTE as national security threats to the United States, moving to disrupt the Chinese tech firms’ American operations by declaring that federal subsidies from the Universal Service Fund won’t cover their equipment.

“Both companies have close ties to the Chinese Communist Party and China’s military apparatus, and both companies are broadly subject to Chinese law obligating them to cooperate with the country’s intelligence services. The Bureau also took into account the findings and actions of Congress, the Executive Branch, the intelligence community, our allies, and communications service providers in other countries,” said FCC Chairman Ajit Pai.

“We cannot and will not allow the Chinese Communist Party to exploit network vulnerabilities and compromise our critical communications infrastructure,” Pai said in a statement.

In November 2019, the FCC unanimously adopted a ban on the use of universal service support to purchase, obtain, or maintain any equipment or services produced or provided by companies posing a national security threat to the integrity of communications networks or the communications supply chain.

The Commission proposed that Huawei and ZTE be covered by this rule because of their substantial ties to the Chinese government, Chinese law requiring them to assist in espionage activities, known cybersecurity risks and vulnerabilities in their equipment, and ongoing Congressional and Executive Branch concern about this equipment.

In the Orders issued yesterday, the Public Safety and Homeland Security Bureau bases its final designations on the totality of evidence, including evidence supporting the Commission’s initial designations and filings submitted in the record by Huawei, ZTE, and other interested parties.

The announcement is a blow to some rural connectivity providers who have relied on lower prices from the Chinese vendors.

The Rural Wireless Association (RWA) condemned the FCC’s action, questioning whether the agency is acting on the interests of the entire industry.

“Given the difficultly in demonstrating where specifically their USF support is being utilized in their networks, this puts rural carriers in a precarious situation while they strive to offer extended payment terms for their customers as requested by FCC Chairman Pai, adjust to the fallout of the T-Mobile/Sprint merger, and continue to keep rural Americans connected to broadband and telephone services during the COVID-19 pandemic,” the RWA said in a statement.