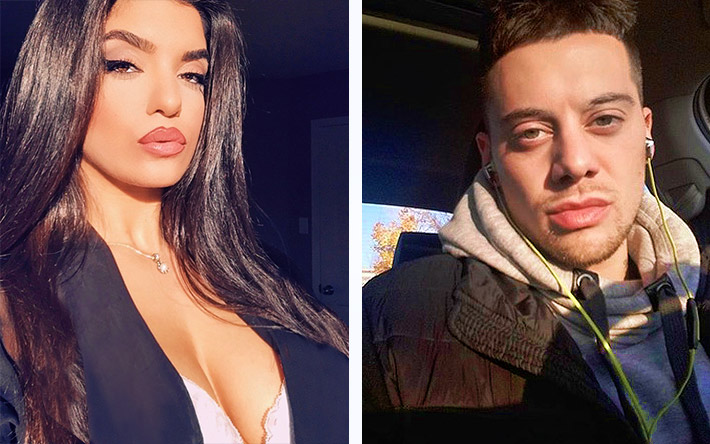 A Quebec couple in their twenties, a model and a novice rapper, were arrested Thursday morning in Sainte-Adèle, a town about 50 miles outside of Montreal for allegedly setting fire to seven cell sites in Canada.

Quebec provincial police arrested Justin-Philippe Pauley, 28, and Jessica Kallas, 25, after surveillance cameras were able to capture a photo of the license plate of their vehicle which was stopped shortly after the last fire was set.

Kallas on social media lists her occupation as a model and former beauty queen. Pauley is an aspiring rapper and a model. On social media, they do not indicate any belief in a 5G conspiracy.

According to Sûreté du Québe (SQ) Sgt. Marc Tessier, both individuals appear to have been involved in setting all seven fires. They were charged initially with arson and mischief. 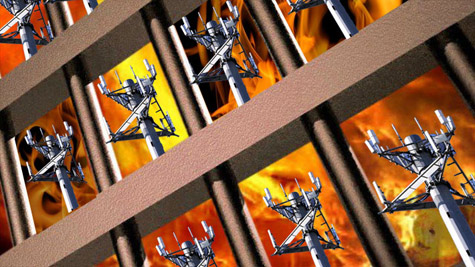 If guilty, the world will be awaiting sentencing

Although there have been over 70 cell tower fires in the U.K. and many in other countries, Kallas and Pauley appear to be the first individuals arrested for setting fire to cell sites.

Although it’s been widely agreed that cell towers, whether or not they are using 5G spectrum, do not cause cancer or are responsible for COVID-19, anarchists are convinced that they do and will not be dissuaded.

However, many communications professionals and law enforcement personnel believe that a stiff fine and jail time will curb activities of vandals whose peers applaud their actions.

Canada’s sentencing could be life imprisonment

According to Canada’s criminal code, the destruction of property by fire, whether intentionally or recklessly, is punishable by a maximum of 14 years in prison, with the amount of the fine at the discretion of the court.

The charge of mischief against the couple could see their imprisonment for two years.

However, mischief to property that causes actual danger to life is punishable by a maximum penalty of life imprisonment and by a fine at the discretion of the court. Prosecutors could arguably present that the loss of vital emergency communications due to Kallas and Pauley’s actions could have caused danger to life of those individuals relying upon those communications for their safety.

Those charged in the U.S. could get up to 10 years

Last week, vandals cut a guy wire on a 382-foot American Tower guyed tower in Nevada collapsing the structure. An investigation has been launched by the FBI-led Joint Terrorism Task Force and there have been some initial leads.

The U.S is more flexible in what charges can be brought against those suspected of destroying cell towers. Arson is one avenue, but prosecutors could possibly levy a $250,000 fine and a penalty of imprisonment of up to ten years under U.S. Code 1362.

Although the code is for the destruction of government property and malicious mischief of communication lines, stations or systems, prosecutors might be able to use it since the code refers to any part of a private communications system that is used or is intended to be used by the United States for military or civil defense functions.

Also, interfering with AT&T’s FirstNet could provide the nexus for prosecution.

Individuals convicted of copper thefts at cell sites can be charged with malicious destruction and face a maximum of 10 years in prison.

However, a review of sentencing in the U.S. is typically two years or less.