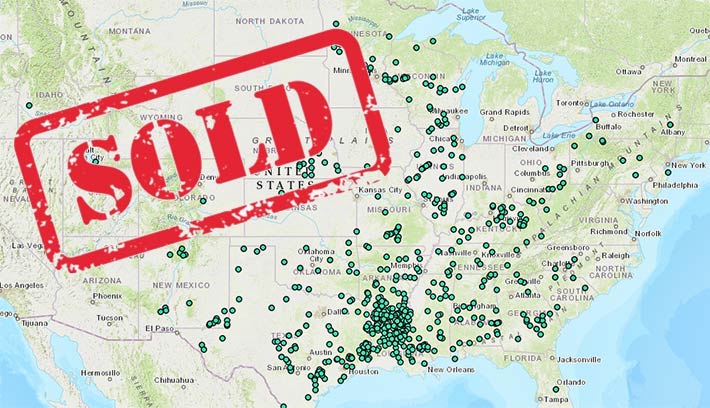 During their Q4 earnings call in early March, fiber and tower owner Uniti Group announced that it was selling 486 of its 672 towers for $190 million to an unnamed company.

At yesterday’s Q1 call, CEO Kenny Gunderman announced improved terms for the deal and the identify of the acquirer, Melody Investment Advisors.

The transaction is expected to close by the end of June.

Proceeds from the sale of their tower business will provide additional liquidity and ensures that they have no need to raise additional capital this year. Upon closing of the transaction with Melody, they do not expect any further tower-related capital expenditures for the remainder of the year.

However, Gunderman said during the call that he thinks the amount of new towers that are going to be built by Melody is probably a lot more than it would have been had it continued to be owned outright by Uniti,

“So on a go-forward basis I think there’s going to be a lot of development activity. We’re very excited about that. We’re excited to retain an interest in the upside potential. And I think probably for the foreseeable future that will be how we’re participating in the macro tower investment cycle,” he explained.

The acquisition enhances Melody’s position as a leading owner and operator of wireless infrastructure assets. With the addition of Uniti’s towers, Melody and its affiliates now own and market more than 4,000 towers, ground leases and structure and rooftop leases, including pipeline sites. Melody and its affiliates are a top five independent owner of national wireless infrastructure assets and one of the largest privately owned telecom landowners in the U.S.

“As the transition to 5G continues, communications infrastructure is one of the fastest growing, most stable and critical segments of the economy. We are excited about the addition of these towers to our expanding portfolio and the benefits they will bring both to our carrier partners and to our investors,” said Omar Jaffrey, Managing Partner and Founder of Melody Investment Advisors. “We look forward to working with Uniti as we continue to grow and invest in our wireless infrastructure platform while seeking further growth through acquisitions.”

During the call, Uniti said the company was acquiring 440,000 fiber strand miles as well as gaining rights to sell or lease to third parties 1.8 million strand miles that are part of the Uniti-owned Windstream lease network.