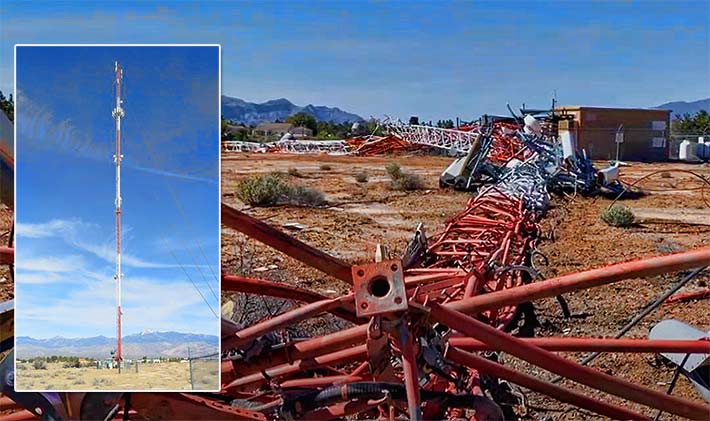 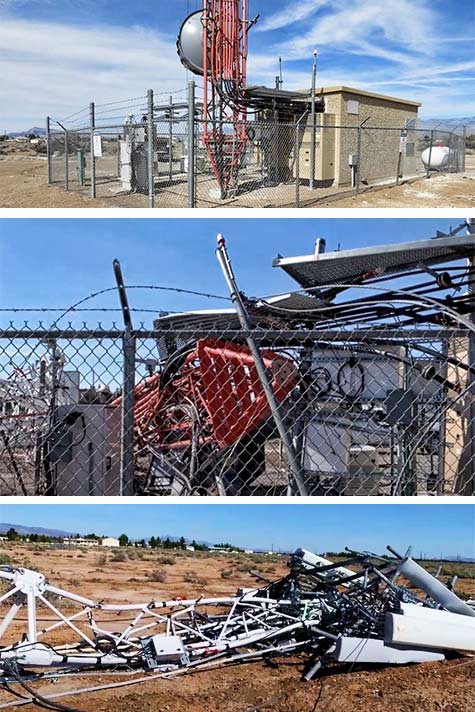 Authorities said the tower fell just before sunrise at approximately 5:00 a.m and the NCSO believes that vandals may have been responsible for the structure’s failure.

An investigation has been launched by the FBI-led Joint Terrorism Task Force.

It appears from photographs available from the scene that a guy wire on the north outer anchor might have been cut. At the time of the collapse winds were less than two miles per hour.

Verizon was the primary tenant on the structure located in Pahrump off of West Siesta Rd. near the intersection of South Blagg Rd., that was collocated with multiple other communications companies including Rise Broadband.

The structure was erected in 1998.

NCSO Captain David Boruchowtiz informed Wireless Estimator that there have been some initial leads, one of them being a report of a red vehicle leaving the area.

Anyone who has information regarding the collapse is asked to call 775-751-7000 or email sheriff@co.nye.nv.us .

In a statement to Wireless Estimator, Verizon said: “Since the tower was destroyed earlier this week, we have made adjustments to cell sites in the surrounding area to make up for much of the lost coverage, so the customer impact is minimal. We are working on a temporary solution that will
compensate until the site can be rebuilt.”