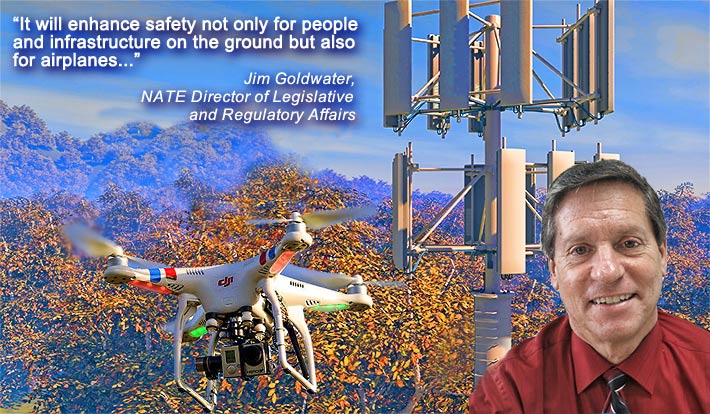 The National Association of Tower Erectors (NATE) has weighed in with their comments to the Federal Aviation Administration (FAA) on the agency’s notice of proposed rulemaking (NPRM) that seeks to require the remote identification of unmanned aircraft systems (UAS) operating in the airspace of the United States, and the ability of people on the ground to determine the identity of an unmanned aircraft in flight.

The proposed rules are an attempt to not only address ongoing safety concerns in high-risk areas like airports and stadiums – a perfect example being this Sunday’s Superbowl LIV in Miami Gardens, Florida, a no-drone-zone – but also to get out in front of ever-crowding skies that will be used by commercial interests like Amazon and UPS.

The rules would basically require nearly all drone operators to share their position and identifying information via the internet, which would ultimately enable beyond-visual-line-of-sight flights and autonomous operations.

Jim Goldwater, NATE’s Director of Legislative and Regulatory Affairs, who co-authored the comments with NATE Executive Director Todd Schlekeway, said, “NATE is pleased to support the FAA’s proposed rule. It will enhance safety not only for people and infrastructure on the ground but also for airplanes that of course operate in the National Airspace. For NATE and our members, we will continue to be permitted to use UAS for tower inspections, which will enable us to maximize our available workforce at a time when we are experiencing significant workforce shortages.” 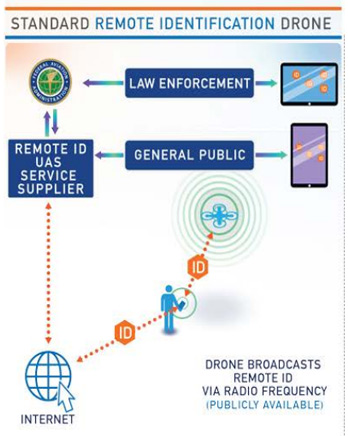 Option 1 requires that the drone simultaneously transmits an ID message via a radio frequency, as well as via the internet. However, the FAA  said in its 319-page NPRM that it found that operators of limited remote identification UAS already typically own a smartphone or other electronic device which is capable of transmitting the location of the control station to the internet.

Option 2 allows drones to operate on a “limited remote ID UAS” basis. But that limits to flight to 400 feet from the operator. Opponents of the short distance believe that it should be increased. Option 2 also requires an internet connection.

Option 3 is for drones without RID equipment within the boundaries of an “FAA-recognized identification area” or (FRIA). Although this might be an option for clubs and hobbyists, it’s not applicable to wireless infrastructure applications. 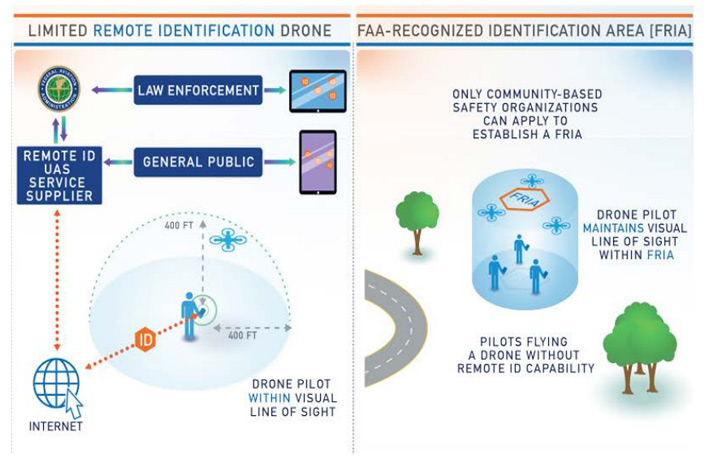 Although NATE said that they endorsed the intent of the NPRM, they stated that they did have a few reservations which they addressed.

One concern was the 400-foot restriction for a limited remote identification drone.

Almost 7,400 comments have been received by the FAA. There was a marked difference in concerns as seen in viewpoints from professional drone users and hobbyists.

Some commenters were concerned about the mass collection of data that would be obtained by the FAA through the internet-based ID process.

One submission stated: “80% of all the drones already broadcast a remote ID signal. Why not make that the standard instead of a network-based system?”

If approved, the new rules would have to be implemented within three years.

Industry observers believe that  the relatively slow timeline for implementation could slow the pace of drone usage and development.

“Given the rapid expansion in the manufacture and deployment of UAS technology in a growing number of fields, and considering the overriding interest in enhancing safety while potentially providing greater flexibility in UAS use for such activities as BVLOS, we suggest reducing the 36-month transition period,” NATE said in its comments.

NATE’s UAS Committee has taken an industry lead in monitoring trends and regulations associated with rapidly evolving UAS technologies and the need for best practices.

The committee has provided stakeholders with an extensively researched document, focusing upon UAS operations around wireless infrastructure, cellular towers, broadcast towers and utility structures. It advances safety through its suggestions to consider above and beyond the established FAA, federal, state and local requirements. 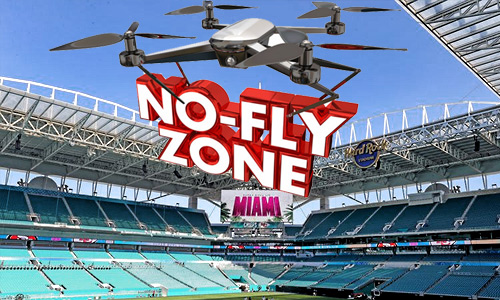 The FAA has imposed a “No Drone Zone” as part of a temporary flight restriction for this year’s Super Bowl that will extend for a 30-mile radius from and 18,000 feet above Hard Rock Stadium on game day.

Drones also are prohibited around the Miami Beach Convention Center for the NFL Super Bowl Experience and Bayfront Park for Super Bowl Live during the days leading up to the event. The restrictions encompass approximately one nautical mile around the Miami Beach Convention Center and Bayfront Park up to an altitude of 2,000 feet  to February 1 during daytime hours.

Pilots and drone operators who enter the TFRs without permission could face civil penalties that exceed $30,000 and potential criminal prosecution.