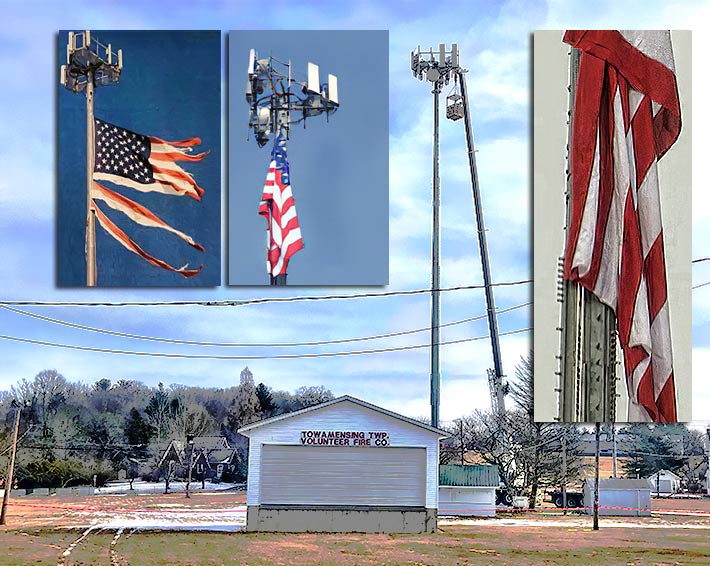 The stars and stripes were flying whole again yesterday morning in Towamensing Township, Pennsylvania on a Crown Castle monopole after residents pressured the company to take down a tattered American flag that had been flying for months in the Carbon County community of 4,429 residents.

Numerous local TV and news outlets championed the cause of township officials and residents who said the flag has been ripped for many months, disrespecting not only the flag, but the men and women who fought to allow it to fly.

TV station BRC13 on Wednesday reported that town supervisors were asking the community to contact Crown Caste about the flag, since they weren’t successful in getting a response,  and provided a phone number and the site number.

They did, and a crane with a man basket was on site the following day with a new Old Glory that was attached to the monopole.

Crown apologized through the local media to the community and said that the reason that the flag was tattered was because it kept wrapping around sharp bolts. They said they had tried to put rubber covers on the bolts, but it didn’t resolve the issue, and they would monitor it more closely.

The structure, according to a picture enlarged by Wireless Estimator, appears to have been retrofitted at some point, allowing for numerous bolts around the monopole as well as step bolts to rip the flag in high winds.

The monopole is located on the property of the Towamensing Township Volunteer Fire Department.