Yesterday, the Senate voted 49-46 to confirm the contentious nomination of Republican Nathan Simington to the FCC, despite appeals from Democrats and advocacy groups to hold off on a vote until early next year. 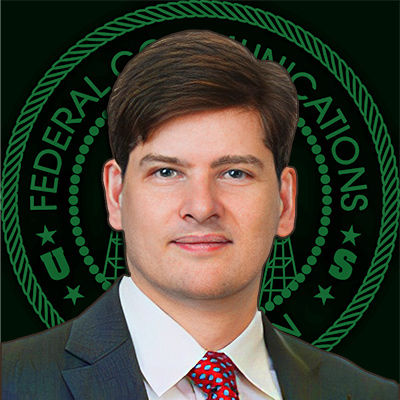 The confirmation handed the Biden administration a possible deadlocked FCC since FCC Chairman Ajit Pai is stepping down from the agency on inauguration day, January 20, 2021, leaving the FCC with two Republicans and two Democrats.

If the Senate is still GOP controlled following the Georgia runoff election on January 5, Biden’s choice for Pai’s replacement could be stalled, putting the Commission at a standstill.

Then, when Democratic Commissioner Jessica Rosenworcel’s term ends late next year, there’s the possibility Republicans could enter 2022 with a two to one majority at the agency.

Simington is a proponent of repealing Section 230, a clause within the 1996 Telecommunications Act that protects internet companies such as Facebook and Twitter from liability on account of their users.

Senator Ron Wyden (D-OR) said that Simington was a poor choice. “Unfortunately, Nathan Simington’s only qualification for this job is following Donald Trump’s orders to turn the FCC into government speech police,” he said.

Senator Richard Blumenthal (D-CT) said, “Simington has proven himself an adversary, not an advocate for online access. He is conflicted, unprepared, and unqualified.”

NATE: The Communications Infrastructure Contractors Association believes he is the right pick.

“Over the years, NATE has established strong relationships with FCC Commissioners and their respective staff members and looks forward to working closely with Mr. Simington on the many policy and regulatory issues facing our dynamic industry. Looking ahead, NATE also looks forward to collaborating with the new Democrat Commissioner who is ultimately confirmed in 2021,” Schlekeway said.

“WIA congratulates Nathan Simington on his confirmation as an FCC Commissioner today. We look forward to working with him on streamlining and promoting 5G deployment, making more spectrum available, and developing a workforce that is sufficiently trained to meet the demand for 5G services,” said WIA President and CEO Jonathan Adelstein.

In a short statement, Rosenworcel threw an olive branch Simington’s way, stating, “I congratulate Nathan Simington on his confirmation. I welcome him to the Federal Communications Commission. Serving the American people is a great honor. I look forward to working with him as we take on our nation’s most pressing digital age communications challenges.”

When O’Rielly leaves the agency, which could be this week, according to Politico, Simington could be sworn in as soon as Friday.

“I congratulate Nathan on his confirmation by the U.S. Senate and look forward to welcoming him to the Commission,” said Chairman Pai in a statement.

“It has been the greatest honor of my professional life to serve at the FCC, and I am confident that Nathan too will enjoy the challenges and rewards of the job. Nathan was raised in a rural community, and his confirmation ensures that this important perspective will continue to be represented on the Commission for years to come as the FCC continues its work on bridging the digital divide. And with his experience at NTIA and in the private sector, Nathan is well-positioned to hit the ground running. I wish him all the best going forward,” Pai said.