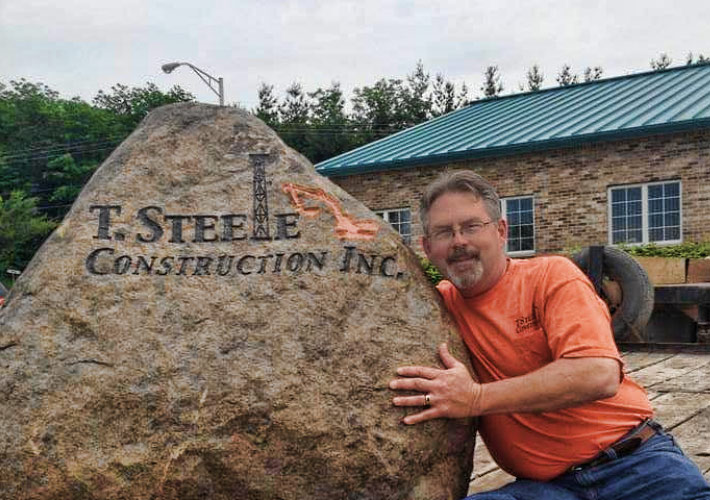 Services will be livestreamed by visiting Tom’s obituary at www.hmdfuneralhome.com. Visitation will be Sunday, October 18 from 1 until 4 p.m. at the funeral home. In lieu of flowers, memorials can be made to Music-Movement or Christian Care of Rock Island.

His obituary is available here.

October 9, 2020 — A well-respected owner of an Illinois wireless contracting business passed away on Wednesday after he fell from a bulldozer while constructing a road to a tower site that his firm was building as a turnkey project in Breathitt County, Kentucky.

According to Breathitt Sheriff John Hollan, the operator was killed on impact when his bulldozer overturned sometime shortly before 5 p.m. He said that OSHA is investigating the incident.

Although Hollan would not provide the company and the deceased’s name, Wireless Estimator has confirmed that Thomas (Tom) Steele, 61, the owner of T.Steele Construction, Inc. of Rock Island, Illinois died in the accident that occurred off of Highway 1098 near Southfork Elk View.

Steele, of Milan, Illinois, who established the business in 1995, was well known in the wireless construction industry because of his company’s commitment to turnkey project installation and management.

It wasn’t uncommon to find Steele on a jobsite assisting his crews in ensuring compliance and maintaining schedules, according to his associates and clients.

“He was a very kind man, always interested in every contract that his company was involved in. Tom was a leader and mentor to many in the industry,” said Barbara Houdek, CEO of Trillium Tower Development.

“I believe as we travel through life our actions touch others’ lives to better them as Tom did. He always left them better than he found them,” said T.Steele Construction Vice President John Oliver.

Steele, who was born on January 13, 1959, is survived by his wife, Wendy; eight children; 14 grandchildren and one great-grandchild.

Steele’s obituary and services information will be provided when they become available.