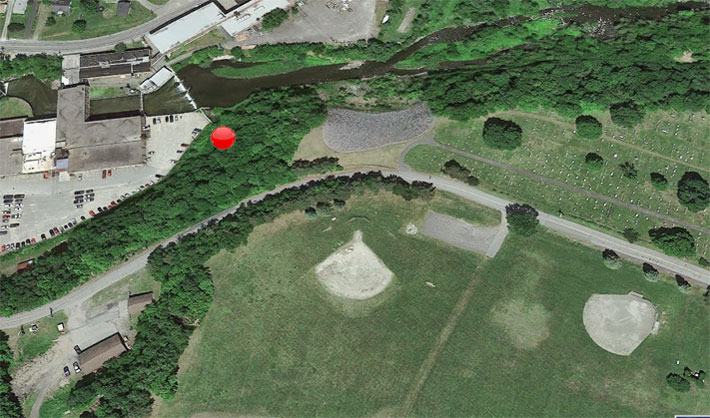 A New Hampshire resident said that she was so concerned about a new cell tower being proposed near a cemetery that she was considering not being laid to rest next to her father in the family plot due to its noise and questionable RF emissions. The monopole was to be erected on an adjacent manufacturing facility’s property.

AT&T has asked the Vermont Public Utilities Commission to dismiss a plan for a new 140-foot cell tower in the Village of Derby Line, Vermont, a Canadian border community, even though it appears that another hearing six weeks later could have favored the carrier’s application.

In correspondence with the commission, AT&T said it was backing out based upon opposition to the project by the village’s Board of Trustees, the Derby Line Cemetery Associations, Inc., and Derby resident Karen Jenne, who appears to be a village official.

Earlier, the village had filed a motion to intervene because they had historic properties concerns.

AT&T responded, stating the village said, “Its many historic homes and building mesh seamlessly with the tree-lined streets to form a captivating vision of Vermont in an earlier time,” but the village’s serenity and historical past shouldn’t be a reason for denying their application for a monopole, especially since the Vermont Division for Historic Preservation approved the site and the village shouldn’t intervene based upon aesthetics.

AT&T said that it was not a significant issue to require a hearing.

The nearby cemetery also said it had aesthetic concerns since the tower on an industrial manufacturing plant property could be seen while by visitors on its grounds.

Jenne also was concerned about aesthetics, as well as RF concerns and the impact upon property values, the latter two being disallowed as reasons to deny siting.

She also was concerned about the noise that the cell tower would make and would likely interfere with her contemplative visits to her father’s grave site.

“The old adage of ‘rest in peace’ would be altered in ways that the families of those interred (including myself) never would have expected. It would force me to reconsider my planned burial next to my father, in our family plot,” Jenne said in her intervention request.

AT&T said that they had another location where they can provide needed coverage.