NATE: The Communications Infrastructure Contractors Association today released a video entitled “Balancing Wireless & Nature”. The video was filmed at the nearly 3,500 square mile Yellowstone National Park and is the latest to debut in Volume 5 of the Association’s popular #ClimberConnection series. 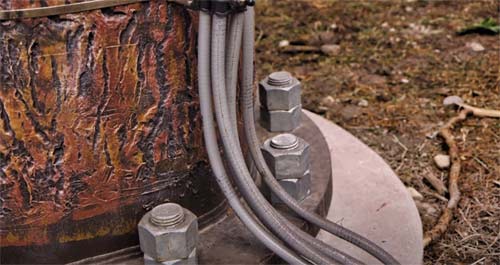 Tree bark textures and other life-like limbs have come a long way from the early days of faux trees that looked like bottle brushes. An excellent example of today’s offerings is featured in the NATE video.

The video shines a spotlight on the importance of wireless connectivity on federal lands, utilizing historic Yellowstone National Park as a case study that must seek to accommodate the coverage needs of millions of tourists annually while preserving the pristine nature scenery and views the park is famous for.

Additionally, the video includes a cameo appearance by FCC Commissioner Brendan Carr talking about the important collaboration that exists between the FCC, the National Park Service and industry when it comes upgrading wireless coverage and capacity. The video concludes with a testimonial interview with an industry worker who helped deploy wireless infrastructure at Yellowstone National Park.

“This is a very informative video that portrays the work that NATE member companies and their technicians perform to enable connectivity at some of America’s most cherished destinations,” said Justin Miller from EasTex Tower, LLC. “Wireless connectivity simply can’t be taken for granted and this video peels back the curtain to illustrate the hard-work that takes place behind the scenes to provide the coverage American’s demand,” Miller added.

NATE encourages tower technicians and all communications infrastructure stakeholders to actively participate in this campaign by posting the video on their respective social networking platforms using the hashtag #ClimberConnection.