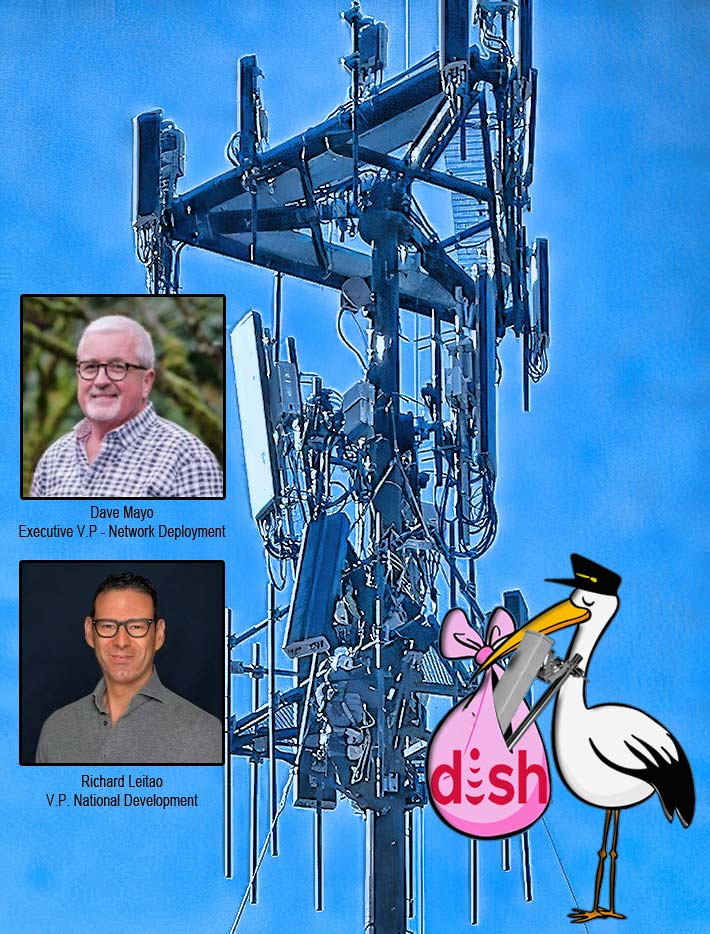 Dish Network’s buildout finally kicked off last week, with a soft launch that was a test site near the company’s Littleton, Colorado headquarters.

Mayo joined Dish last June and will be responsible for the carrier’s wireless buildout strategy and execution of Dish’s standalone 5G network.

His credentials and reputation are well-respected by those who worked with him during his 23 years at T-Mobile where he managed the operator’s strategic plan during its explosive growth.

In sync with last week’s unveiling, Richard Leitao announced that he has taken on the role of VP National Development.

“Dish’s 40 years of disruption in this market will further democratize wireless, and bring unlimited possibilities for all. This will be nothing short of making history, and I count myself lucky and honored for being part of it,” Leitao said in a LinkedIn post.

He will be managing Dish’s internal tower crew resources.

It is unknown how many crews Dish has been able to assemble for their 15,000 sites that are required to be completed by the FCC’s June 2023 deadline or what commitments they have made with the nation’s contractors. The carrier is required to reach at least 75% of the nation in each FCC-designation Partial Economic Area two years later.

According to Dish executives, site installations aren’t their priority at this time. Their buildout project is expected to have a strong start in the second quarter of next year.

Dish’s careers page, stating that the network has their ”sights set on upending the wireless industry and unseating the entrenched incumbent carriers,” has numerous RF engineering positions available and is heavy on zoning and site acquisition specialists as well as wireless recruiters and construction managers.

However, there are no tower technician opportunities available. A wireless safety specialist position is offered.

Dish announced earlier this month that it has chosen Intel as a technology partner for an aggressive 5G network buildout. 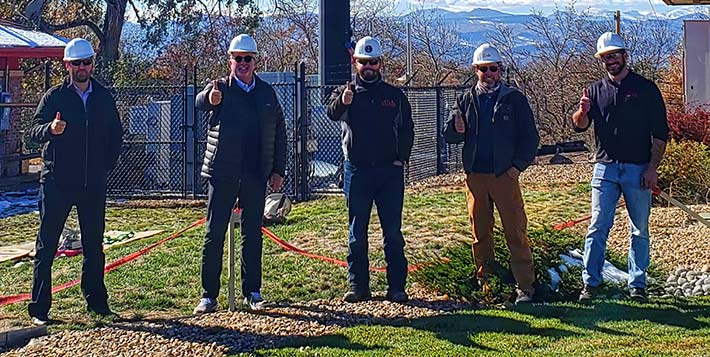 Five thumbs up from Dish’s development team after a successful test of their first cell site. Photo: Dave Mayo