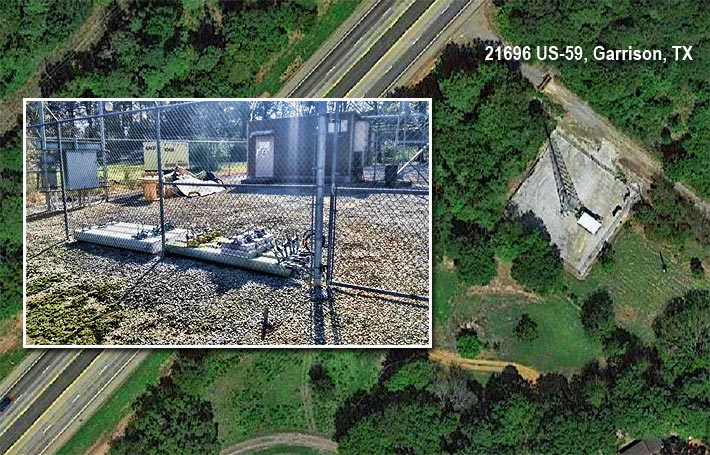 The 53-year-old experienced tower technician fell to his death on November 17, 2021 while working on a Verizon upgrade

UPDATE: December 2, 2021 — OSHA has released the contractor’s name that the agency will be investigating.

Wireless Estimator has been able to confirm today the death of a 53-year-old tower technician in Garrison, TX on November 17. The fatality came to light when tower technician Chris Sanders posted on a Facebook group: Sad day on the tower today! He followed up with the name of his co-worker, Steven Rankin, and said, “He’s gone, he had a terrible accident!” 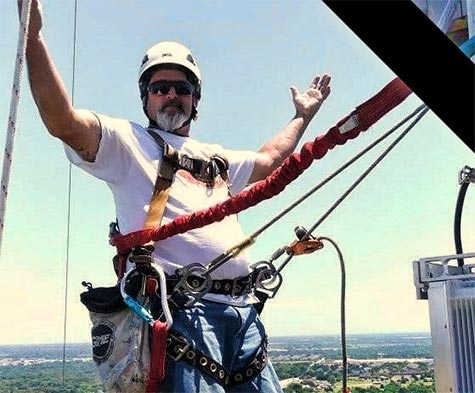 Sanders, who posted that he was having emotional difficulties over the passing of his co-worker and friend, did not return calls or message requests to a number of people trying to assist him as well as Rankin’s family.

Wireless Estimator was able to identify that the fatality occurred in Garrison and contacted the Nacogdoches County Sheriff’s Department, but the agency did not respond to multiple requests for information.

However, a short incident report on their website said: “Deputies were dispatched to the 21000 block on US Hwy 59 N in regards to a sick call. Deputies responded and found the subject of the call to be deceased. Deputies secured the scene until all information needed for a report was gathered.”

The location had two nearby towers, according to the FCC’s database, but both owners said that no work was being performed on their structures and they were not aware of a fatality at their site or any other nearby structure.

It was then found that the Sheriff’s Department’s initial address was incorrect and it was in the 26000 block of US 59.  There was another tower about a quarter of a mile away that was not identified in the FCC’s database since it was under 200 feet.

Wireless Estimator was able to locate a nearby resident this afternoon who took a photograph of the site. He said there was equipment on the ground and yellow police-type caution tape. A shelter picture had a Verizon Wireless sign on its door with the ID: Garrison 00631.

According to an individual knowledgeable of the incident, Sanders was on the tower at the time when Rankin fell. The third crew member was their supervisor, Eric Herman.

Rankin and Sanders were 1099 employees on the project and Herman might have been a 1099 worker as well since he closed his business, Coastal Tower Service, on August 20, 2021 that was established in 2017, according to the Texas Secretary of State.

On Monday, an OSHA representative informed Wireless Estimator that she was aware of the fatality in Garrison and it would be investigated. However, as of today, the agency has not assigned an activity number that would provide some insight into the accident.

Following an investigation, if OSHA were to cite Coastal Tower Service for workplace violations, it is not likely that they would be able to collect any fines since the company is no longer in existence.

In addition, the agency does not cite 1099 workers for violations.

Herman did not return a call for additional information and his last known email address was no longer valid.

Although the three men were most likely not working directly for Verizon, but possibly through a Samsung approved contractor, the fatality exposes a serious flaw in Verizon’s vetting and management of its subcontractors who might sub their work out to 1099 crews that do not meet the stringent pass down requirements of the carrier or incur the considerable overhead required to meet those conditions.

NATE: The Communications Infrastructure Contractors Association recently championed their members’ concerns about ‘take it or leave it’ contractor matrix pricing in a whiteboard video. The trade group said that many contractors are not accepting the reduced pricing since it would not allow them to maintain a sustainable and safe workforce.

Multiple contractors have contacted Wireless Estimator in the past with their concerns that 1099 contractors have kept matrix pricing artificially low because those individuals do not have the overhead required to perform a safe, quality installation.

The Tower Family Foundation and Hubble Foundation have reached out to Rankin’s family and are assisting them in their time of need.

Rankin was the third wireless worker fatality this year. In September, a 21-year-old tower technician died after he fell while working on a Verizon installation.

Wireless Estimator will provide services information when they become available.